Producer Siddharth P. Malhotra has just wrapped up the shoot of Tribhanga- a Netflix original with Kajol Devgn in the lead role. In a photograph posted on Instagram, Siddharth P Malhotra and the group are all beaming - possibly after work well done. Tribhanga is being directed by actress Renuka Shahane, who Siddharth fondly refers to as 'sister' on Instagram. 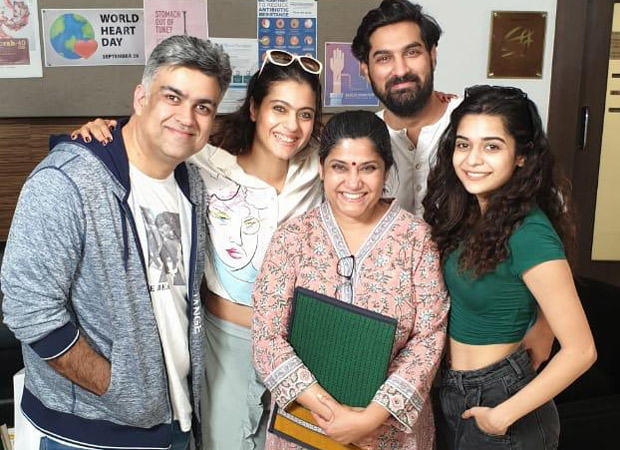 Siddharth P  Malhotra is always known to make good cinema and television serials. From movies like We are family, Hichki, Zee 5's web series Kaafir to television series namely, Sanjivani, Dill Mill Gayee, Sanjivani 2, all of his work shows women in a strong light and the scripts have been the highlight on his projects.

My dearest @renukash710 it’s been a true honor and pleasure sharing this wonderful dream of yours and making it a reality. Today as we wrap the shoot of #tribhanga I can’t help but look back at the journey of getting this film made which only you and me know. Thank you for your faith and patience in me and letting me and @sapnamalhotra01 as #alchemyfilmspvtltd tell your story as the first film under our banner as producers along with @banijayasia and @ajaydevgnfilms . I’m taking back with me wonderful memories which I’m sure when I and am sure every technician and actor on the film looks back... we will have a smile on our faces thanks to your leadership and aura of making it such a wonderful and fun shoot. Love u loads and can’t wait for the word to applaud your work and brilliance. Keep shining ❤️

Tribhanga is a complex tale of three incredible women who are from three different generations but belong to the same family. It would be interesting to watch this Indian family drama that weaves together the importance of family. Tribhanga is Siddharth P. Malhotra's first film on Netflix Original as a producer under the banner Alchemy Films Pvt. Ltd alongside Ajay Devgn Films and Banijay Asia.