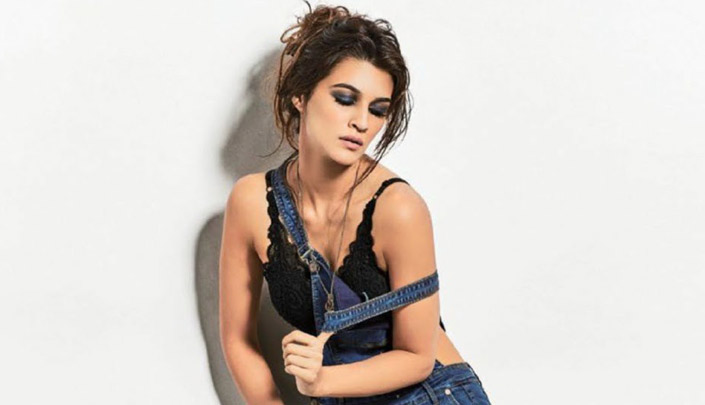 We all know that Kriti Sanon is in the midst of promoting of her much talked about film Raabta where she is paired up opposite Sushant Singh Rajput. Besides that, the actress also has Barielly Ki Barfi in the pipeline. However besides these two, her name has been associated with several projects including Lucknow Central and later the sequel to Baaghi. However, the actress asserts that she hasn’t signed any projects of late.

Kriti Sanon recently revealed to a daily that although she would love to work with Tiger (who was also her first co-star in Heropanti), she hasn’t signed any film with him (since he is the leading man of Baaghi 2). Interestingly, indicating her future plans, Kriti Sanon added that she wants to pursue her new found passion for horse riding.

Talking about the same, Kriti Sanon, who has taken horse riding lessons from Mahalaxmi racecourse in South Mumbai for Raabta, revealed that she wants to indeed learn this further as a hobby. Apparently, even for her role in the forthcoming film, the actress went to meet the horses she was shooting with, two-three days before the shoot, in order to bond with them. The film was shot extensively in Mauritius.

Kriti Sanon also spoke about her dual role in Raabta where she is playing characters from two different eras – the modern day Saira and the tribal princess Saiba. The film touches upon the topic of reincarnation as the orphan Saira, living in Budapest, gets nightmares about an unknown past, is hydrophobic and always does something opposite of what she thinks. On the other hand, her character Saiba is a fighter, a warrior princess of her generation, she is fearless and regal since she is brought up as a man in a man’s world.

Excited about her upcoming film, Kriti Sanon asserts that if she gets a good script with co-star Sushant Singh Rajput she wouldn’t mind doing another film with him. In fact, the actress also has a wish-list wherein she expressed her desire to work with Ranbir Kapoor whose work she admires as well as Amitabh Bachchan whom she considers a legend.