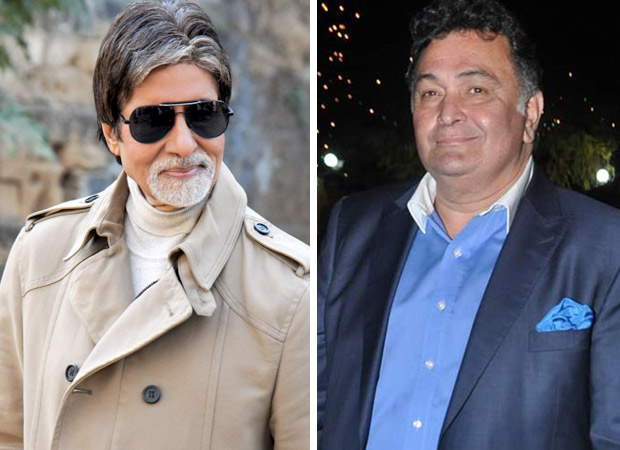 Veteran actors Amitabh Bachchan and Rishi Kapoor have starred in several movies together including Amar Akbar Anthony, Ajooba and Naseeb. Well, fans can now rejoice as the two actors are all set to reunite onscreen after several years.

Rishi Kapoor shared the news about working with Amitabh Bachchan again. He wrote, "Always a pleasure and an honour to work with him. Started reading the script with the team. For further details, stay tuned!!!" Although Rishi Kapoor did not share which project they will be reuniting on but it sure is very exciting for their fans.

In the past, Rishi Kapoor has always praised Amitabh Bachchan and his work. Even in his autobiography, Khullam Khulla: Rishi Kapoor Uncensored, he had written, "Amitabh is undeniably a superb actor, immensely talented and, at the time, the number one star who ruled the box-office."

On the work front, Rishi Kapoor was last seen in Shakun Batra’s Kapoor and Sons. He will be seen in special role in Nawazuddin Siddiqui starrer Manto. On the other hand, Amitabh Bachchan will be seen in Ram Gopal Varma's Sarkar 3 and YRF's Thugs of Hindostan.