Ranveer Singh and Alia Bhatt starrer Gully Boy is one of the best critically acclaimed films of the year and with Zoya Akhtar’s direction, it just got better. Gully Boy was based around the lives of underground rappers, Divine and Naezy and the youth related to it more than any other feature film in a very long time. Now, the film is not only being appreciated in India, but it is the ticket for India’s official entry at the 92nd Academy Awards! 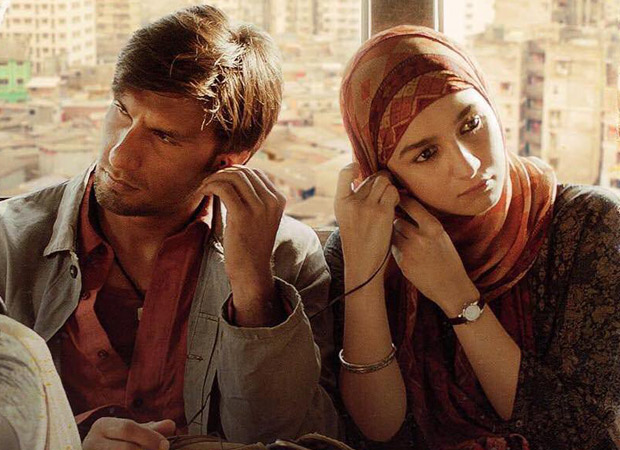 The Zoya Akhtar directorial has been nominated for the Best International Feature Film Award which was first titled as the Best Foreign Language Film category. While a lot of movies have been nominated earlier, only three of them made it to the final round, including Mother India, Salaam Bombay, and Lagaan. While this news is elating, we’re still waiting to get a reaction from Zoya Akhtar.

We were, however, able to get in touch with Ranveer Singh and he said, "Gully Boy echoed the voice of the streets, it will always be one of my most personal films. As always, I will keep striving towards making the flag of Hindi cinema fly high. I’m very happy that the passionate hard work that our cast and crew put into creating Gully Boy is reaping rewards. It’s a proud moment for our entire team. I’m especially proud of and happy for Zoya! Gully Boy is her (Tiger) baby, and I am blessed to have been a part of her maverick vision. With the love and support of our beloved audience, we’re hoping to make a significant mark on the world stage."

Alia Bhatt said, "Gully Boy as a film is really special to me. What's even more special is that it has had such a long run - after releasing in February, it won at the Melbourne Film Festival, then it was also shown in Japan. Now, it's been selected as India's official entry for the Academy. So, hereon, I just hope, pray and wish that we make it to the nomination and then win. This is a first and it's a big deal for us. As a team, we are very excited."

Siddhant Chaturvedi, who has won hearts across the country for his role as MC Sher said, "It is a big moment for me with back to back developments with Inside Edge which was nominated for the Emmys last year and now Gully Boy which has been nominated as India's official entry for the 92nd Annual Oscar Academy Awards. I'm grateful for the opportunity given to me and a very special thanks to Zoya Akhtar, Ranveer Singh and the entire team of Gully Boy. Words cannot express my happiness, thank you, everyone, for the love and appreciation! Apna Time Aagaya!!!"

Kalki Koechlin, who plays the role of Sky in the film said, "I am really happy that the film got nominated and it is a good entry to the Oscars. I think Gully Boy is a great representation of India's new dawn - one where we increasingly stand united by hope and pave the way for real, social change. The Indian Rap scene has considerably helped in pivoting this 'change' conversation favorably, and movies like Gully Boy are a testament to that fact and to the international audience that good Indian cinema now attracts."

This indeed is a huge step for the Indian cinema. Congratulations are certainly in order for team Gully Boy!