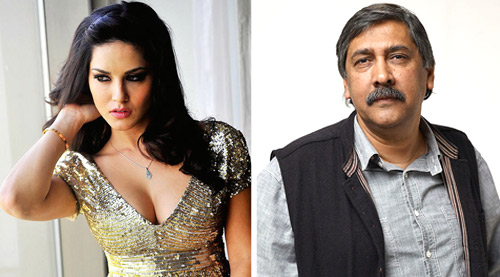 Sunny Leone's boycott of the premiere of the documentary on her life 'Mostly Sunny' has triggered of a 'pain' reaction for the docu's director Dilip Mehta.

Belying Sunny's husband Daniel Weber's claim that they couldn't make it to Toronto for the premier on account of a family function in New York, Mehta claims Sunny refused to attend the premiere after Dilip refused to cut some shots from the documentary on her request.

Says Dilip, "The final cut is the director's cut and that's how the film will remain. There's no compelling reason to compromise the film. The changes they are asking for, will weaken not only my vision but also the truthfulness of the documentary."

When asked to elaborate on the cuts that Sunny and her husband wanted, Dilip says, "It's just that now she appears to be self-conscious of certain partial frontal nudity scenes! And, that's so confusing"

Dilip wonders if Sunny Leone has gone into denial about her past. "Has Sunny finally lost her spunk? It is very surprising, since her past is what has not only made her, but is also what is sustaining interest in her. It's the curiosity factor, in my opinion, that's keeping the wheels turning."

In spite of Sunny Leone's absence, the documentary was very well received in Toronto.

Then why have Sunny Leone and her husband turned hostile towards the film? Protests Dilip, "They have not turned hostile and neither have I. They see certain scenes in a different light than how I see it, and, on the face of it, we agree to disagree."

Apparently Sunny is hurt because her home town in Canada is shown to reject her in the documentary. But, Dilip says that is unfortunately the truth. "In the very first shoot in her hometown of Sarnia, no one individual would come on record or in front of the camera. After much persuasion, only one family friend of her parents spoke reluctantly and that too, ended up saying very little."

In spite of Sunny Leone and her husband's hostility towards the documentary and its maker, when I contacted Daniel, he refused to comment on Dilip Mehta's remarks stating he and his wife didn't want to give the docu and its maker any publicity. Dilip is not at all regretful of making the documentary. He says "Not at all. I can't possibly ignore the fact that throughout the making of the film Sunny never once said, 'hold the roll' or cut a particular scene or a dialogue."

Uniquely, Deepa Mehta's film on the Nibhaya rape incident and her brother Dilip Mehta's documentary on Sunny Leone, 'Mostly Sunny' were both premiered at the Toronto International Film Festival.