Ranveer Singh and Ranbir Kapoor share a good rapport with each other despite their complicated history with Deepika Padukone. The two have been on good terms and like each other’s work a lot. None of the two have ever depicted any sort of grudge against each other and have been mature about the whole situation. Now that Ranveer is busy with Gully Boy promotions, he gets asked questions about his views on Ranbir, a lot! 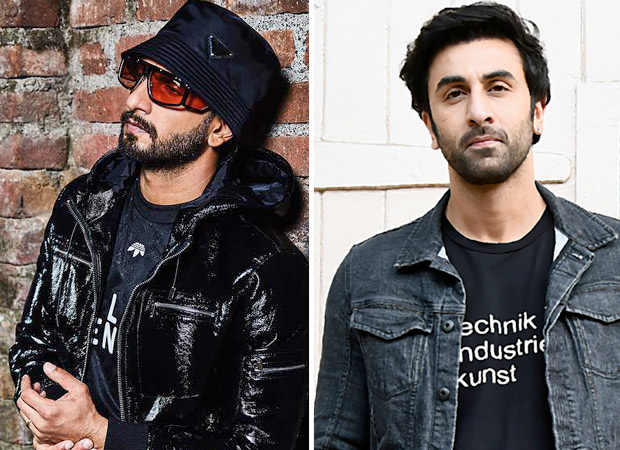 In one such interview he was asked about his opinion on RK. Not once did Ranveer hesitate in saying that he associates Ranbir with superlative talent. He also went on to say that he loves him and that Ranbir is a ‘top guy’ along with being his favourite actor. When asked about starring in Andaz Apna Apna 2 with him, Ranveer says it will be difficult to live up to the legacy. There have been offers for the two actors to share a frame and he is hoping that something materializes soon.

On the work front, Ranbir will next be seen in Ayan Mukherji’s Brahmastra with Alia Bhatt and Amitabh Bachchan; whereas Ranveer has already started prepping for Kabir Khan’s next ’83. How badly do you want the two actors to do a film together? Do tell us about your views.

Also Read: Find out why Ranveer Singh got teary eyed on the sets of Super Dancer