The Transformers star, Josh Duhamel, who has been dating Audra Mari since 2019,  is engaged. The couple shared the happy news on social media on Saturday. 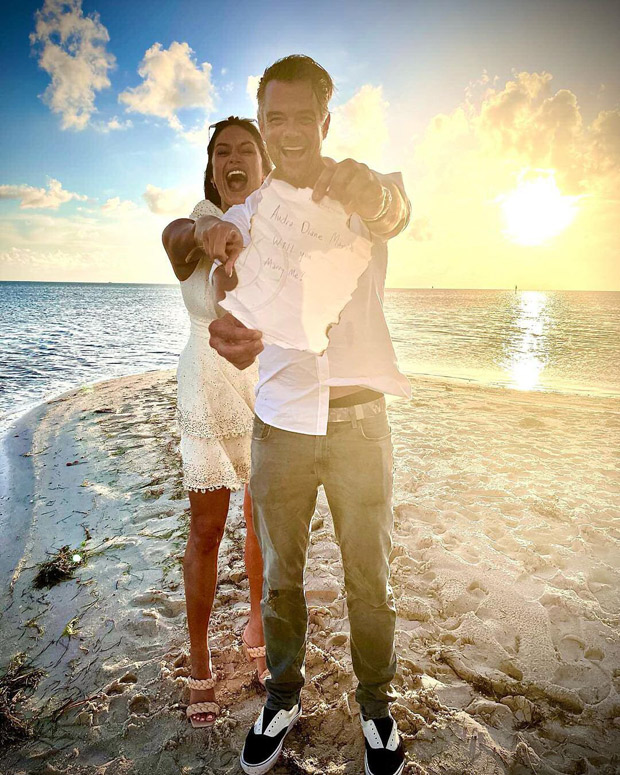 Taking to Instagram, Josh posted a photo with Audra where the two can be seen posing by the beach. "It's on!! She found a message in a bottle that washed ashore and said YES!! @audramari," the actor captioned the shot of the pair smiling, while he held up a handwritten letter that read, "Audra Diane Mari Will You Marry Me?"

Following his divorce from the Fergalicious singer in 2019, ex-wife Fergie celebrated the couple in the comment section, writing, "Congrats."

In December 2019, People tabloid’s report stated that Duhamel was "really happy" with the former Miss World America, whom he'd begun "dating seven or eight months" prior.

After eight years of marriage, Fergie filed for divorce in late May 2019, nearly two years after she and Josh Duhamel announced their split in a joint statement in September 2017.The former couple shares an 8-year-old son Axl Jack.