Bollywood heartthrob Tiger Shroff has come forward to support the cause of children with special needs. The macho action star is part of a music video that features him and Y-Films' 6 Pack Band 2.0 comprising differently abled children. As soon as Tiger learnt about the band, he wanted to lend his support to fuel more awareness about this critical and extremely relevant issue. He apparently features in a thumping dance sung by the band with Mika and the video is inspired by a real-life incident where a child with special needs was bullied and a celebrity came to the rescue. 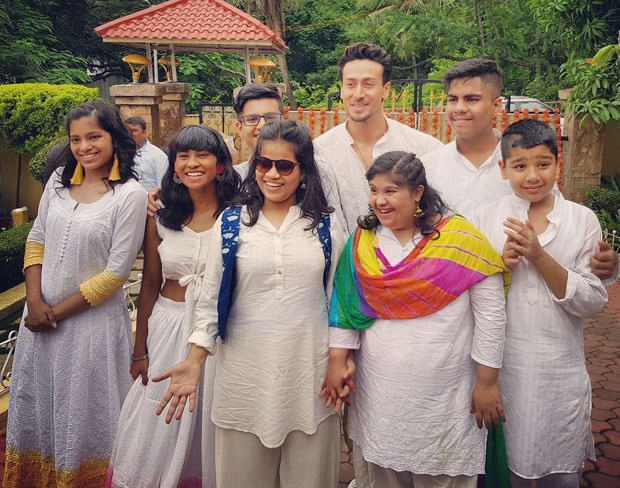 Ashish Patil, head of Y-Films, adds, "Being differently abled is not a choice but ignorance certainly is! We are ecstatic to have Tiger on board to help create awareness about the theme of mental health and disability. Given his humongous popularity and reach with audiences, it will really help get this important message of inclusion out to so many more people. The song itself is a banger and sure to get everyone to roar with excitement!"

On the work front, post the super success of Baaghi 2, Tiger Shroff has been quite busy with the shooting of his next film, Student Of The Year 2. It is helmed by Karan Johar’s protégé, Punit Malhotra. The film marks the debut of Ananya Panday and Tara Sutaria. It is slated to release on November 23, 2018. Post that, he will begin work on YRF‘s next film with Hrithik Roshan and Vaani Kapoor. He will also be seen in the Hindi remake of Rambo.

Also Read: Revealed: Tiger Shroff to START prep for BAAGHI 3 and here are the details