The point where the #MeToo campaign gained full-fledged momentum in India was when Tanushree Dutta rekindled a 2008 case of sexual harassment that she faced which was responsible for her exit from Bollywood. She levelled allegations against one of the most respected and veteran actors, Nana Patekar, followed by which the case has now taken a legal route. The actress has filed a complaint against Patekar at the Oshiwara police station and the officials have taken the proceedings further by summoning Sudhir Panday, who was then in the committee of CINTAA. 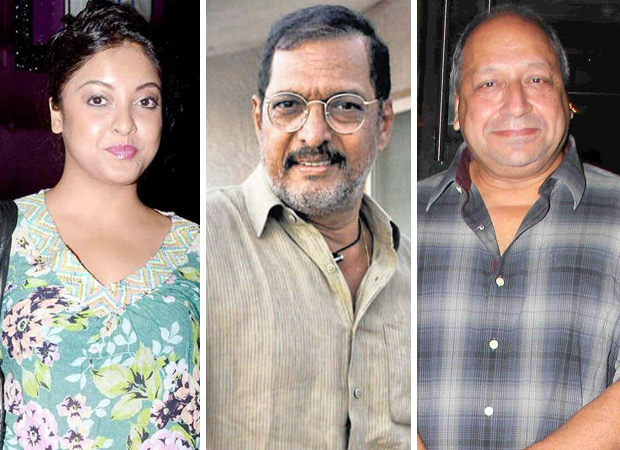 In earlier reports and even in interviews, Tanushree Dutta had revealed that when Nana Patekar misbehaved with her on the sets of Horn Ok Pleasss, she had approached CINTAA for help. The Cine and Television Artists Association not only confirmed about the actress reporting the accusations against Nana to them but they also confessed that they had overlooked her complaint then. Now, CINTAA is currently cooperating with the police investigations and past reports also state that they have submitted the documents related to Dutta’s complaint of the 2008 case. The latest update is that CINTAA member and actor Sudhir Panday has now recorded his statement with the police.

Reports have it that when Tanushree Dutta had approached CINTAA to file a complaint against Nana Patekar and also the other members of the Horn Ok Pleasss team like director Rakesh Sarang, choreographer Ganesh Acharya and producer Sami Siddiqui, it was Sudhir who was looking into the case. Speaking to media recently, Sudhir also mentioned about the recent developments wherein he revealed that he has given the cops the minutes of the meeting that happened between the complainant [Dutta] and the party [Nana and others] when the issue of sexual harassment had cropped up. He maintained that they stuck to the standard procedure in this case considering that Dutta had approached the police officials to take her matter ahead.

On the other hand, police officials too have asserted about Sudhir recording his statement in recent reports wherein it was also added that the others involved in the case will be summoned too.