After premiering at the Toronto Film Festival and grabbing eyeballs from across the world, Taika Waititi’s Jojo Rabbit is all set for a blockbuster release in India on January 31, 2020. Ahead of the awards season, Indian audiences can gear up for the critically-acclaimed film by Fox Searchlight; that has already been nominated for 6 BAFTA awards, Director’s Guild, Producers Guild awards and was also the winner of the People's Choice Award at TIFF 2019. Going by the hype and frenzy, it's safe to say that this unconventional comedy-drama will be too hard to miss. 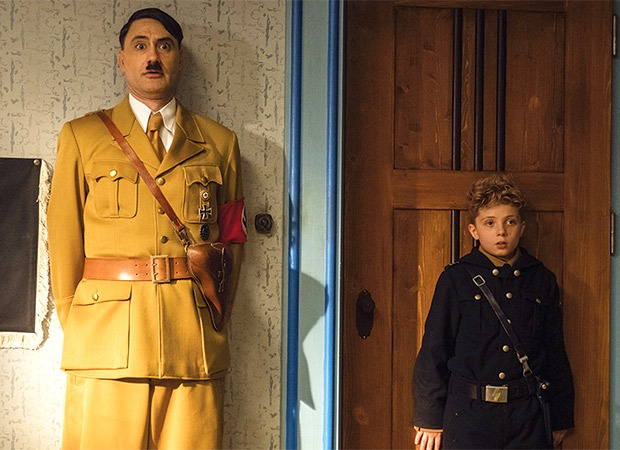 Winning hearts worldwide, the eccentric World War II satire is based on a lonely German boy Jojo; whose world view is turned upside down when he discovers that his single mother is hiding a young Jewish girl in their attic. Aided only by his idiotic imaginary friend, Adolf Hitler, Jojo must confront his blind nationalism. The vivid imagination of Jojo is experienced through the fantasy shown as a matter of fact from a child’s eye view.

Based on the incredible novel ‘Caging Skies’ by author Christine Leunens, the movie features a stellar ensemble -Scarlett Johansson, Sam Rockwell, Rebel Wilson, Roman Griffin Davis, Thomasin Mckenzie, Alfie Allen, Stephen Merchant and the writer-director Taika Waititi himself as the fascist leader.  The sharply funny and profoundly stirring film can be seen in theatres near you in English on January 31, 2020.