While the original film, Salt N’ Pepper gave rise to three different remakes like Un Samayil Arayil, Oggarane, Ulavacharu Biryani, the trio won hearts across South India. The three films were directed by Prakash Raj and the latter was keen on making his directorial debut in Bollywood with the Hindi remake of the said film titled Tadka. With Nana Patekar, Shriya Saran, Taapsee Pannu and Ali Fazal in the lead, the film went on floor quite some time ago and it was wrapped up last year. However, the release details of the film have not been locked and now if sources are to be believed, the film may not even get a mainstream theatrical release. Instead, they are expected to opt for a release on streaming sites like Netflix and Amazon. 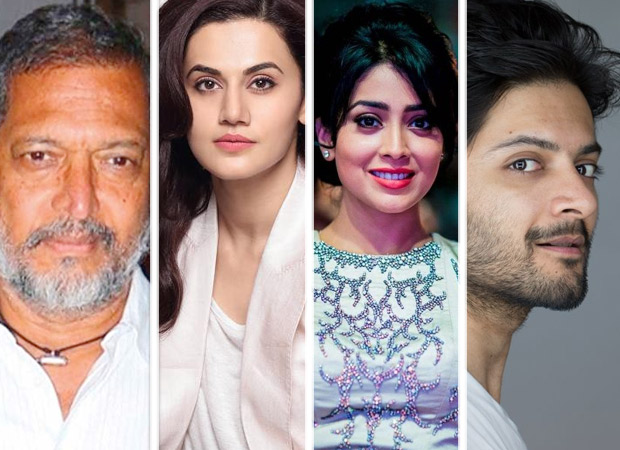 For the uninitiated, two years ago, we had reported that Ali Fazal and Taapsee Pannu were unable to get their schedules together after there was a delay in the shoot schedule. The two of them were expected to shoot their romantic scenes and song but however, they got busy with their work commitments owing to a delay in Tadka. Furthermore, Prakash Raj too had dedicated himself to other work commitments too. Despite this, the source has confirmed that the shooting of the film has been completed.

The source said, “Tadka has seen a lot of delays. Despite that, the actors and Prakash Sir were keen on completing the project and they finished shooting for the film last year. But, constant delays and change in schedules has resulted in loss. No one is currently ready to back the film. They are trying to find takers but it is all in vain till now. Now, they have decided to release it online, on Netflix or Amazon. The deal is currently being discussed but none of this has been locked as yet. Considering that all of this is still in the initial stage, we don’t know when it will release.”