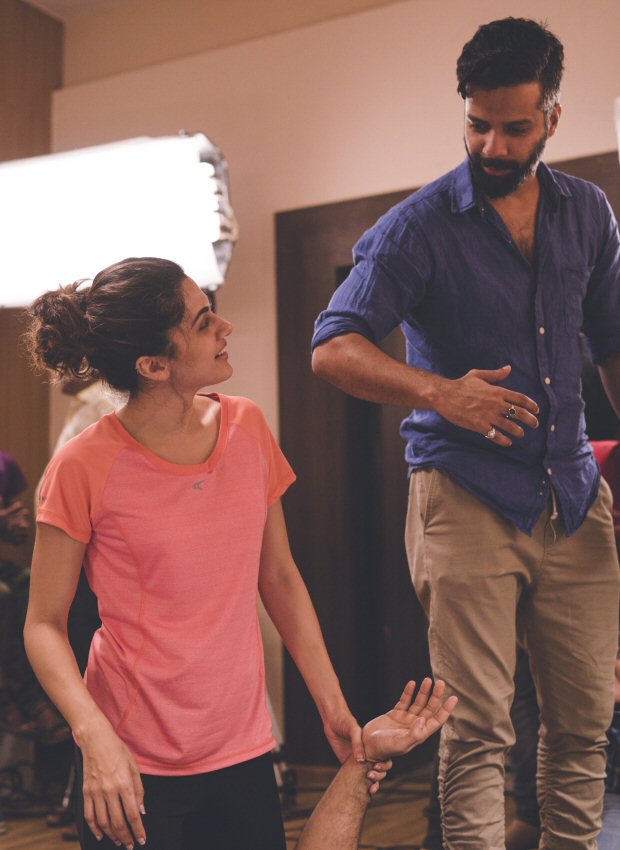 Short films have undoubtedly become a popular medium for artists and filmmakers to showcase great stories with smaller lengths. And now Taapsee Pannu has jumped into this bandwagon. She will be seen along with Vicky Arora in a heart-warming short film. The short film is directed and produced by Kapil Verma.

Kapil Verma has been a part of the film industry since 15 years and has worked on more than 150 films as a cameraman. He has worked on films like Houseful 3, Fan, Kapoor and Sons, Kick, Student Of The Year and many more.

In the short film in question, Tapsee Pannu plays a self-defence instructor. It is a deeply emotional family drama with the story revolving around the relationship between two siblings.

The Pink fame actress trained for a week for the action sequence in the film and is said to have done a remarkable job. Sharing her views on what made her to take up the short film, Taapsee Pannu says, "There are some projects you do for your professional growth and some you do for your personal growth. This falls in the latter category for me. I was sold the first time I heard the script and had no doubts about the fact that I will do it regardless of who or what names will be a part of it. This is probably one of those ventures where you test your own judgement skill. I am looking forward to seeing the result of that soon."

The film was shot over four days in Mumbai and concluded just last week.