Sports drama Rashmi Rocket starring the fierce Taapsee Pannu commences shooting this November. Beginning in the salt pans of Kutch, Rashmi Rocket is about a young girl from a village, blessed with a gift - SPEED. She's an incredibly fast runner. The village fondly knows her as “Rocket”. When she gets a chance to showcase her talent professionally, she excels but also realizes that the race to the finish line is peppered with many hurdles, and what seems like an athletic contest turns into her personal battle for respect, honour, and even her very identity. 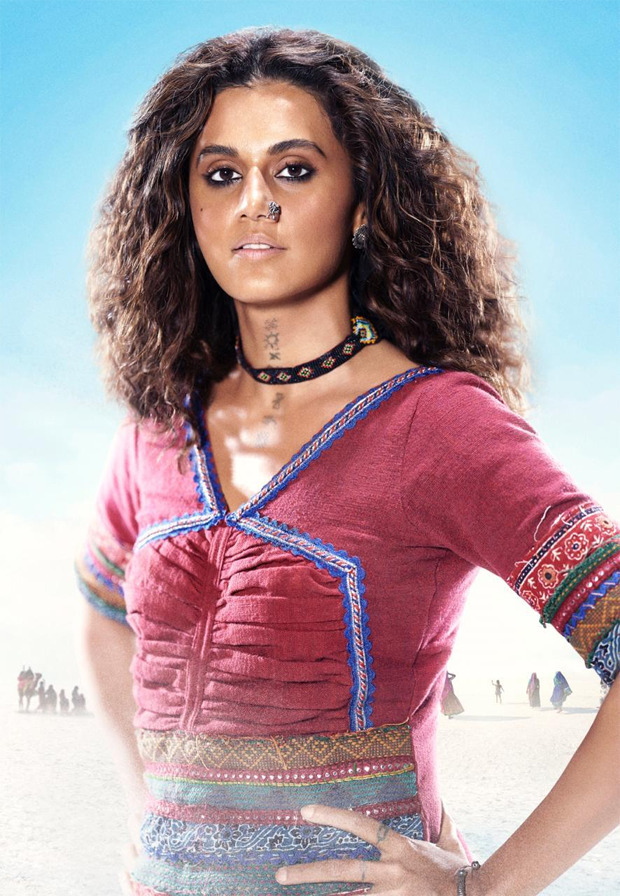 Taking to their social media, RSVP movies posted, “Getting back on track, one lap at a time! #RashmiRocket to start shooting this November. #FridaysWithRSVP. "

Getting back on track, one lap at a time! #RashmiRocket to start shooting this November. #FridaysWithRSVP pic.twitter.com/twPMEUnIby

Rashmi Rocket is written by Nanda Periyasamy, Aniruddha Guha and Kanika Dhillon. The film will be helmed by Akarsh Khurana who directed Karwaan.

“We were all set to shoot when the pandemic struck. I’m glad that we’re resuming soon. The team and I have been waiting eagerly to set off on this journey. It’s a terrific story that I’m excited to tell.”, says director Akarsh Khurana

“I have been involved in this project from the very inception stage so that makes this one really special. Just before the pandemic, I was already 3 months into my training period to transform into a physique closest to that of a sprinter. This has been a long break but with the kind of subject it is I am excited to restart the journey from scratch again starting with my training.” says Taapsee Pannu

Taapsee will be joined by Extraction fame Priyanshu Painyuli in a prominent role in the film. “Rashmi Rocket is a story of the trials and tribulations that several female athletes face on their journey and the unmatchable resolve shown by each to eventually achieve their destiny... There could be no better actor than Taapsee to essay the role of one such athlete – Rashmi. Post lockdown – we are eager and keen to be resuming shoots at RSVP and get this one on the road”, says Ronnie Screwvala.

“The indestructible spirit of Rashmi Rocket is reflected by the team behind it. Audience deserve to see inspiring stories and hence the show must go on.” says Pranjal Khandhdiya of Mango People Media Network.

Rashmi Rocket, produced by Ronnie Screwvala along with Neha Anand and Pranjal Khandhdiya is set to release in 2021.

ALSO READ: Taapsee Pannu talks about the nightmares associated to getting ‘out of the skin’ of her character in Saand Ki Aankh