Just a day ago, we had reported that Diana Penty will feature in the remake of the cult song ‘Sheher Ki Ladki’ which was a major chartbuster in the 90s. The remake will be a part of the forthcoming comedy film Khandaani Shafakhana starring Sonakshi Sinha in the lead role. While Diana will be doing a special appearance as a part of this song, now we hear that two popular actors too will be a part of it. We are talking about Suneil Shetty and Raveena Tandon who were a part of the original number. 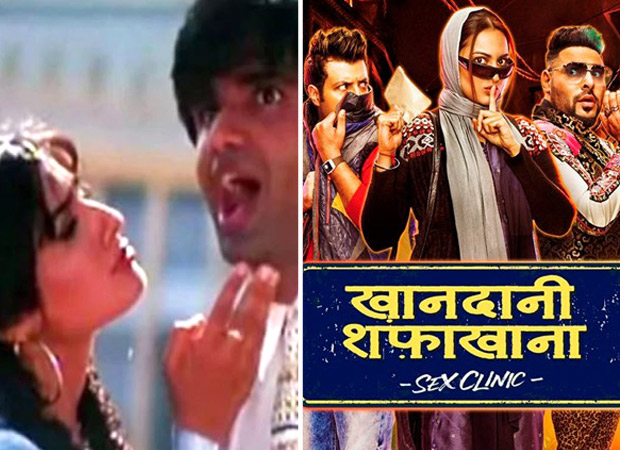 Readers may recall that Suniel Shetty and Raveena Tandon grooved together to the popular number ‘Sheher Ki Ladki’ from the film Rakshak. Interestingly, Raveena too had done a special appearance in this film which featured Karisma Kapoor and Sonali Bendre as the leading ladies. And now sources have it that the original actors too will be a part of it! A source said, “The makers were quite keen on having the nostalgia element in the track and what better than having the original actors on whom the song was picturized on? Suniel sir and Raveena ma’am too are quite impressed with the idea. If all goes well, they will soon shoot for it.”

Although source refused to divulge any more details, 90s fans will definitely be enthralled with this news. In the earlier report, we had also mentioned that rapper Badshah will add his quintessential rap elements in the remixed track. Singer Tulsi Kumar, who too is a part of the remake, too had expressed her excitement of being a part of it and has asserted that they would try to retain its essence.

Coming to Khandaani Shafakhana, the film revolves around a girl’s attempt to restart her uncle’s sex clinic and the challenges she faces to confront people who find sex as the tabooed topic. The film also stars Varun Sharma and marks rapper Badshah’s acting debut. Directed by Shilpi Dasgupta, the film is slated to release on August 2.