It's going to be Suniel Shetty vs Rajinikanth in AR Murugadoss directorial Darbar which is going to be a cop drama. The filming began in mid-April 2019 with the leading actors Rajinikanth and Nayanthara. Prateik Babbar was also present to shoot an intense action sequence. As it turns Prateik will essay the role of the son of the antagonist and it is none other than Suniel Shetty. Yes. Suniel is returning to the negative role after his last stint 15 years ago in Main Hoon Naa. 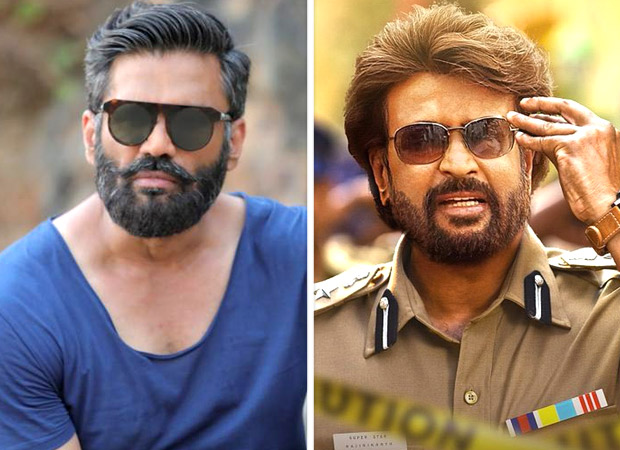 The action thriller will see Rajinikanth's IPS officer character face off with Suniel Shetty who is a corporate giant. The second schedule will kickstart in Mumbai very soon when Suniel will be joining the cast and he will stay throughout the shooting. The actor is currently working on his menacing look for the film. It will have an emotional backstory that will make this revenge saga more interesting. The larger than life action sequences with face-off between the two stars will make for an interesting climax.

Suniel Shetty has been working in South films for a while. The actor is set to make his Kannada debut with Sudeep starrer Pailwaan. He will be starring in Priyadarshan's period drama Marakkar: The Lion Of Arabian Sea starring alongside Mohanlal.

ALSO READ: Rajinikanth shoots for Darbar in Mumbai and here’s the proof