We all know that the Roshans are going through a tough time with Sunaina Roshan moving away from her family. The Roshan girl has been facing some troubles and she accepted that her family is not supporting her. What followed was also a shocking revelation made by Rangoli Chandel on social media where she claimed that Sunaina called her and Kangana Ranaut to apologize over the major controversy that fueled up with Hrithik Roshan in 2016. Now in what seems to be another turn of events, Sunaina Roshan has extended her support to Kangana. 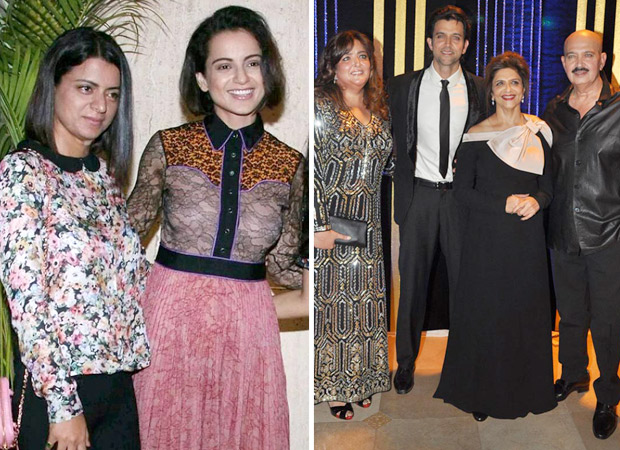 Although no reference or context has been mentioned, soon after the revelation made by Rangoli Chandel, Sunaina Roshan took to Twitter to post this about Kangana Ranaut. She said, “I support Kangana all through.” Considering all that happened in the past between Ranauts and Roshans, this post has taken everyone by a shock. With the recent turn of events, while Sunaina has now chosen a completely different side, the Roshans are staying silent on the matter. Here’s a look at the post:

I support Kangana all through

After Sunaina Roshan came out in support of Kangana Ranaut on Twitter, Kangana’s sister Rangoli Chandel took to the same platform to reveal some shocking stories about the Roshans. The celebrity manager of the Queen actress mentioned in a series of tweets about Rakesh Roshan assaulting his daughter because she is in love with a Muslim Delhi-based man and that Sunaina’s life is in danger! She said, “Sunaina Roshan is asking Kangana for help, her family is physically assaulting her because she is in love with a Muslim man from Delhi, last week they got a lady cop who slapped her, her father also hit her, her brother is trying to put her behind bars.. I fear her dangerous family might harm her, we want to make this public because Sunaina calling Kangana and crying all the time, Kangana doesn’t know how to help her... so now she has blocked her number but we fear for her safety, everyone has a right to love whoever they want, hopefully this will scare Roshans and they back off.”

If that wasn’t all, she further stated that she decided to use the platform of social media to put out that information and also warned the Roshans that they are being watched. Here are further tweets on the same:

I agree, but Kangana was so distressed after so many calls from Sunaina, Roshans are capable of harming Kangana but this time around I am very careful I myself also spoke to Sunaina, I have kept all the messages and recordings, Sunaina is in trouble for sure...(contd) https://t.co/KJ6Kl6WCss

(contd)...and asking Kangana for help but her father and brother mustn’t harm Kangana I have her back but at the same time it’s my moral duty to help Sunaina also present these facts to the world on Suniana’s request, so Roshans know they are being watched now ????

For the uninitiated, two years ago a major controversy brewed up when Kangana Ranaut referred to a certain 'silly ex' during an interview. This resulted in defamation suit against the actress and it was followed by a series legal attacks and counter attacks. The controversy once again erupted when Kangana Ranaut and Rangoli Chandel went all guns blazing against the Roshans during the promotions of Simran. In order to avoid such kind of mess, the dates of Super 30 were preponed to avoid the clash with Mental Hai Kya.