Bollywood star Katrina Kaif, who has been in the news this month for her grand wedding with actor Vicky Kaushal, has resumed work. Days after her wedding, the actress was seen on the sets of the film Merry Christmas. The film, directed by Sriram Raghavan, will see her opposite Vijay Sethupathi for the first time. Tips Industries announces their new project Merry Christmas in association with Matchbox Pictures Pvt. Ltd, set to release on 23rd December 2022. 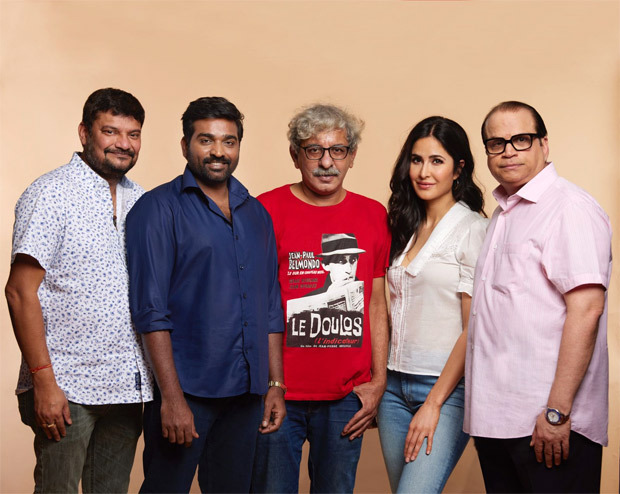 After constant delays, the film finally went on floors on December 22. Today, on the occasion of Christmas the makers have formally announced the film. The film went on floors this week and the first schedule is being extensively shot in Mumbai.

The film was first supposed to go on floors on April 15 this year. However, owing to the second wave of the pandemic and the lead actress testing positive for COVID-19, the shoot of the film had to be delayed. Post that, it was reportedly delayed due to Vijay Sethupathi’s clogged shooting schedule.

Merry Christmas is an edge-of-the-seat thriller and is being produced by Ramesh Taurani under his Banner Tips. The film is said to be straight 90-minutes-long with the shooting schedule being of 30 days. The makers will be shooting in South Mumbai and later in Pune.

ALSO READ: Katrina Kaif and Vicky Kaushal arrive at their Juhu house for house warming ceremony; Anushka Sharma and Virat Kohli to be their neighbours