It seems like Akshay Kumar and Rohit Shetty’s cop drama Sooryavanshi is coming to a close. The film began in May earlier this year followed by Bangkok and Hyderabad schedules. Ranveer Singh and Ajay Devgn, who have a cameo as Simmba and Singham, shot climax in Hyderabad earlier in October. Now, Akshay is set to wrap up the film with a grand carnival song featuring Katrina Kaif and the entire cast. 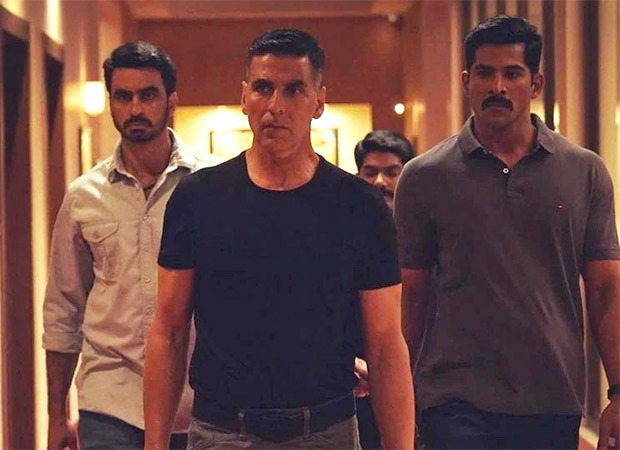 The final schedule will begin in November end. The last schedule will have a lot of action-packed scenes including a car chase sequence featuring Akshay Kumar. The larger than life dance number will have the lead actors and it will be on similar lines like the title track of Golmaal Again in 2017 and Simmba in 2018. An elaborate set will be erected for the song with as many as 300 background dancers.

In Sooryavanshi, Akshay Kumar is essaying the role of an ATS officer Veer Sooryavanshi. The film will be jointly produced by Rohit Shetty Picturez, Cape Of Good Films and Dharma Productions. The film is produced by Hiroo Yash Johar, Aruna Bhatia, Karan Johar, Apoorva Mehta, and Rohit Shetty. It is scheduled for March 2020 release.