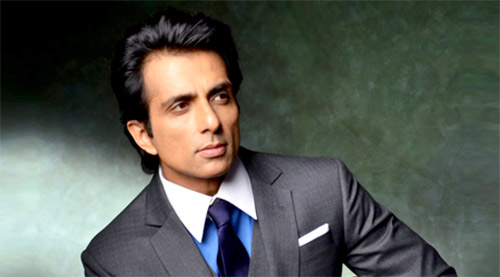 Sonu Sood is more than happy with his forthcoming film Kung Fu Yoga. While the actor cannot stop raving about his experience of working with his favourite action star Jackie Chan in the film, he will also be promoting the film along with the Chinese superstar in Shanghai.

Sonu Sood will be attending the 19th Shanghai International Film Festival in China this month. While the Bollywood actor will also promote Kung Fu Yoga along with the Chinese team of the film, Sonu is also one of the few Indians who have got an opportunity to attend this prestigious festival. Excited about the same, Sonu also revealed about the plan during his visit to China, stating that he will visit the Jackie Chan Film Gallery, since he is a big fan of the star and also will get to gorge on vegetarian food as promised by Chan during their shoot.

Besides Sonu, Kung Fu Yoga also stars Disha Patani and Amyra Dastur and the film is directed by Stanley Tong.