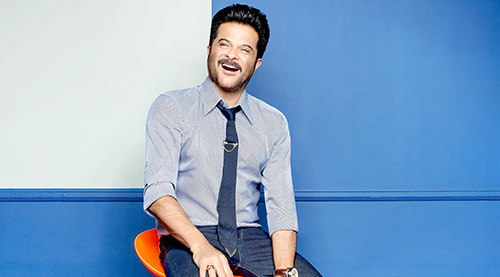 After the success of the first season of '24', the popular crime based TV show by Anil Kapoor is all set for its next season and the shooting has already kickstarted in the city. With new additions and changes to the star cast of the series, the second season has a lot to look forward to but did you know that initially Anil Kapoor wanted '24' to be a film.

Anil Kapoor recently revealed that he had always desired to make a film on '24' and take his character Jai Singh Rathore to the silverscreen. However his dream remains unfulfilled as apparently he doesn't hold rights to the same. But it seems that he is still convincing the makers of the original American TV show by the same name. Anil further mentioned that since he shares a great rapport with the makers of the original series, he expects to convince them one day to take the series to the big screen.

As of now, however, he is content with the way second season is going and claims that it has a great mix of film, television and theatre actors. He further elaborated that several of these actors are sort of a surprise package for their fans since they have done roles quite different from their previous ones. While Sakshi Tanwar plays the ATU Chief, Surveen and Sikander Kher play roles with grey shades. On the other hand, Neil Bhooplam from the first season is retained in the second one too.