While the world is rejoicing the special moment of Priyanka Chopra and Nick Jonas, a rare one that sees the worlds of Bollywood and American music coming together, a piece of nasty article seems to have created a stir on social media! A recent article published by The Cut online claims that Priyanka Chopra is a global scamster who tricked the ‘innocent’ Nick Jonas into getting married to her. This definitely hasn’t gone down well with the Twitter users who have lashed out at the magazine and the writer of the story. 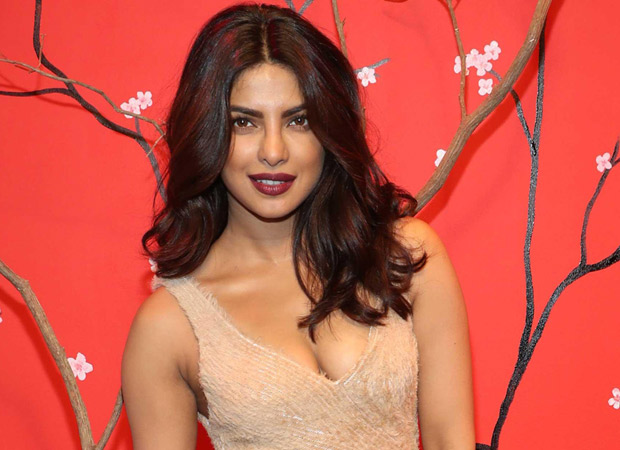 The New York magazine is currently receiving flak for carrying an article that is not only demeaning the actress’ career but also for its racist and sexist remarks. Many have called out the writer Mariah Smith and the thoughts she expressed in the article by describing it as misogynistic. Some have also said that the article is a result of jealousy and also spewing hatred against brown skin and Indian women.

Furthermore, many have also been irked with the fact that the writer blames PC for being successful and spoiling herself with diamonds etc bought with her own hard earned money. People have even expressed shock and concern over such articles getting published. The article was shared on twitter with yet another shocking caption that read, “All Nick [Jonas] wanted was a possible fling with Hollywood’s latest It Woman, but instead he wound up staring straight at a life sentence with a global scam artist.”

After the article was shared on the platform, it received many comments from the netizens who have been slamming the piece for being rude and insulting towards a popular mainstream actress:

Way to be culturally insensitive and offensive. You clearly have issues with her and her success as an individual, and the internalised misogyny you’re living with girl, find a way to heal. pic.twitter.com/BmJFWXyxRr

Wow. Didn't really expect this type of narrative. Whether they're real or not, this article is a new low. Hope you find better things to write about.

From the writer who pitched and wrote this, to the editor who approved and published this trite, y'all are some jealous bitter haters. pic.twitter.com/kAtLOZVtK0

You know it's a wedding right?

The only correct response to a wedding is congratulations.

Not this disgusting display.

I’m not a Jonas fan but this tweet alone is super embarrassing and screams jealousy and bitterness. I have no idea how @TheCut published this.

Some of the fans even resorted to sarcasm and shared comments like:

I wish your parents loved you...

So did she steal your man or something?

The matter has flared up completely with even celebrities showcasing their support towards Priyanka Chopra. It includes even Jonas family members like Joe Jonas and his fiancé Sophie Turner:

This is wildly inappropriate and totally disgusting. Very disappointed that The Cut would give anyone a platform to spew such bullshit. https://t.co/iYKaifKJP6

This is disgusting. @TheCut should be ashamed to have someone write such evil words. What Nick & Pri have is Beautiful Love. Thank u, Next. https://t.co/G3hvXmhm9O

For a publication that “shows women’s what they are made of” @TheCut has a lot to answer for . The article on @priyankachopra was sexist , racist and disgusting. Also it’s written by a woman which is so sad. It reeks of envy and bitterness. @mRiah shame on you! https://t.co/bmbbX7LrAT

On the other hand, fans of Priyanka Chopra and Nick Jonas too have expressed their hatred towards this article, saying:

Their honeymoon is going to be sponsored by the defamation lawsuit that she’ll win against you. Good luck!

On the other hand, The Cut has changed a line from the post wherein it had asked Nick Jonas to run away from the wedding. “Nick should gallop as fast as he can, far away from PC on the same horse he came to marry her,” and it has been changed to a generalized statement on celebrity marriages and their chances of survival.

It seems that after the outrage that just broke out post the article has now forced the writers of The Cut to take it down from their site. Not just that, they have also apologized for the same. "Upon further editorial review, we found this story did not meet our standards. We’ve removed it and apologize," said the Editor's Note on the website. 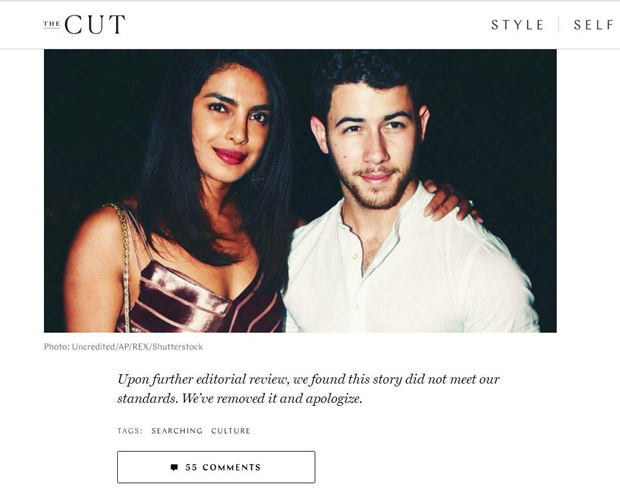