Shahid Kapoor and Mira Rajput are proud parents, best friends, soulmates and more. They are both opinionated and totally hands on when it comes to parenting their little cherub: Misha. In a tell all account, celebrity columnist Shobhaa De recently bumped into the Kapoor family in an aircraft and got a real view of life and times of Shahid Kapoor, when the shutterbugs are off. While she waxed lyrical about how Mira and Shahid give a ‘normal’ upbringing to Misha and how they do not have an entourage of nannies to help them out, her tone and use of words suggested that she might be taunting other celeb parents: Kareena Kapoor Khan and Karan Johar. 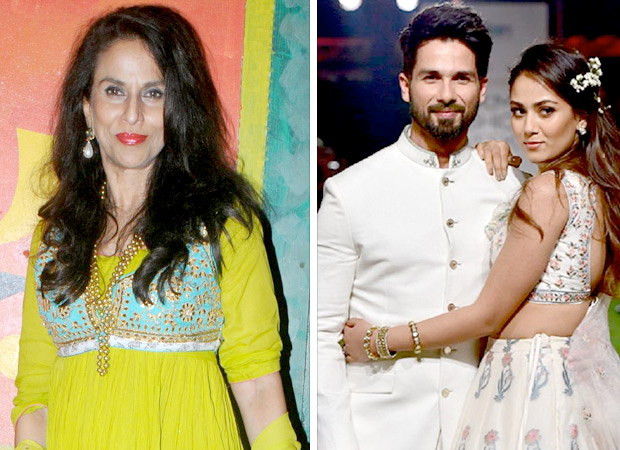 She spoke about celebs considering their nanny’s preferences first when it comes to holidaying. She described their species as uniformed, well-organised and abreast with gourmet food choices and other western parenting techniques. Well, now we know who all have nannies dressed in uniforms, don’t we? It is not much difficult to guess that, especially if you read Shobhaa’s piece. Interestingly, there was also much contention about rivalry between Shahid’s wife Mira and his ex girlfriend Kareena who both had babies during a similar time frame. While Kareena was up and about the town, being every bit of working mother that she is while flaunting her baby bump, Mira made a rather drastic statements about her choice of staying at home, looking after kids because they are not ‘puppies’ and need full attention. Well, the celebrity commentator hints at same thing here.

Shobha also spoke about Karan Johar’s ‘precious twins’ in the same breathe as she dissed the English speaking nannies and their tribe. Well, quiet a snarky view of looking at things, no? Don’t know if Bebo and KJo have a retort to this. Stay tuned for more updates.