Shah Rukh Khan started shooting for his upcoming film Pathan in November last year. The film directed by Siddharth Anand is an action thriller produced by Yash Raj Films. The film also stars Deepika Padukone who also shot for some key sequences last year. The team also had a schedule in the UAE in the month of January. And now as per reports, the team of Pathan is all set to start their third schedule starting tomorrow at the Yash Raj Studios in Mumbai. 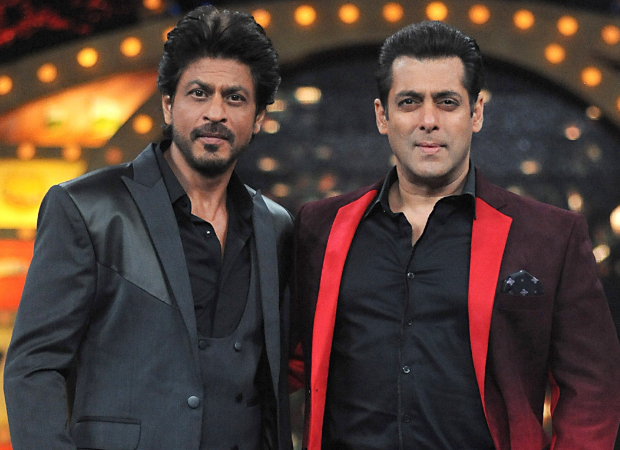 We had earlier reported that Salman Khan has an extended cameo in the film where he will be reprising his character Tiger. According to reports, Salman Khan will start shooting for the project from tomorrow for the next 10-12 days. Reportedly, all of Salman's scenes are with SRK.

Reports further state that the chemistry between the two stars is going to be special and the biggest till date. Aditya Chopra along with his team of writers has come up with scenes that will justify the presence of two of the biggest superstars of Bollywood.

Shah Rukh and Deepika Padukone play the role of a spy in the film. Salman Khan's character Avinash Singh Rathore aka Tiger from the Tiger Franchise will be joining them in the film. John Abraham is the lead antagonist in the film. However, it is not confirmed whether John and Deepika will be shooting with the two Khans from tomorrow. Either way, the audience is going to witness the biggest crossover of Bollywood in Pathan.

Meanwhile, Salman Khan is expected to wrap up Pathan by March 6 and will then jump to Maneesh Sharma's directorial Tiger 3 at Yash Raj Studios in Mumbai. He will be shooting with Katrina Kaif who plays the role of Zoya and Emraan Hashmi who is the lead antagonist. The first schedule will reportedly last a month long before they head over to their overseas schedule.