While she is gearing up for one of the biggest films of this year with Kalank, Sonakshi Sinha is also working on a couple of other interesting films this year. And now latest report claims that the actress has signed another film and this time it is with Nawazuddin Siddiqui in Bole Chudiyan. 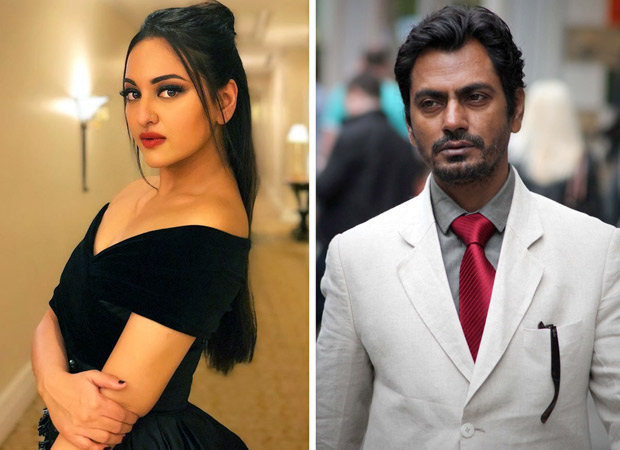 Nawazuddin Siddiqui’s brother Shamas Nawab Siddiqui has been dabbling with filmmaking and has made a few ad films and a popular short film that has won awards at many festivals. Now, he is all set to make a Bollywood debut with Bole Chudiyan featuring his actor-brother Nawazuddin Siddiqui in the lead role. Although there has been no confirmation on the same, a source close to the development confirmed this news.

“Shamas was looking for a leading lady and found it in Sonakshi Sinha. He thinks that Sona is quite apt for the role and she will be featuring alongside his brother Nawazuddin Siddiqui. The actress too has liked the script and has given a verbal nod for the film. The makers will be making an official announcement as soon as the final formalities are completed,” said the source.

In an earlier report, we had mentioned that Shamas is quite ecstatic to work with his talented brother and he even spoke about on social media. He took to Twitter to share the good news to everyone and posted:

The years of hard work and dedication towards my script is finally been approved by you @Nawazuddin_S
I assure the audience to show them your romantic side in BOLE CHUDIYAN :D pic.twitter.com/8VWcHXYSRS

Nawazuddin Siddiqui is collaborating for the second time with producers Rajesh Bhatia and Kiran Bhatia from Woodpecker Movies for Bole Chudiyan. They have also joined hands for the Athiya Shetty, Nawaz starrer Motichoor Chaknachoor.  The said film is expected to go on floor on May 1 and will be completed in a start-to-end schedule. The shoot will reportedly be finishing on June 20, 2019 and the makers are keen on releasing it in October this year.