In September 2021, Bollywood Hungama was the first one to report that the John Abraham-starrer Attack will release around Republic Day 2022. Sadly, due to the rapid spread of the Omicron variant, the country was swept by the third wave of Covid-19. As a result, all the films scheduled for release in December-end and January 2022 were indefinitely postponed. This included not just Attack but also movies like Jersey, RRR, Radhe Shyam and Prithviraj. 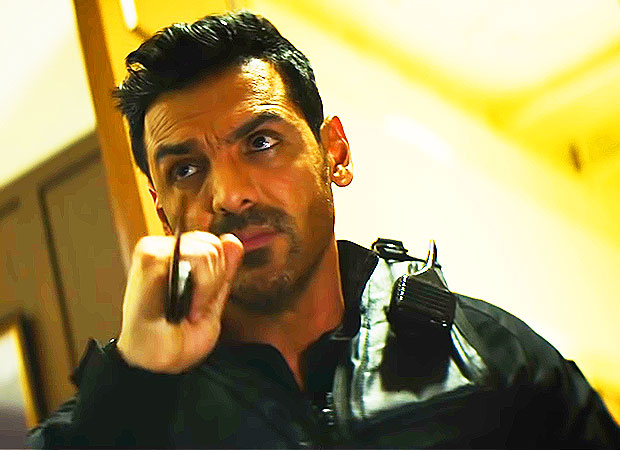 Bollywood Hungama has now learnt of the new release date of Attack. A source told Bollywood Hungama, “The makers are looking at releasing the film on February 25, 2022. However, it’ll be subject to cinemas opening up in Delhi and the big centers of Haryana and night curfew being lifted in most of the significant states.”

The source continued, “It is pretty evident that now the third wave has been milder and shorter than the previous two waves. The rate of hospitalization has been very low and now, cases are steadily declining in most major cities. As a result, it is expected that in February, most of the states would ease restrictions. The makers of Attack feel February 25 would be an ideal time to release as by then, night curfew would have been a thing of the past and hopefully, most states would be operating at 100% occupancy. The teaser has got a good response and the trade feels that it has a chance to work at the box office, especially in mass markets.”

An industry insider, meanwhile, stated, “The Rajkummar Rao-Bhumi Pednekar starrer Badhaai Do will release on February 11 and it’ll kickstart the process of films releasing once again in cinemas. One should expect a couple of more films to release in February besides Attack and Badhaai Do. So the makers of Attack would also keep in mind this factor while deciding the release date. A clearer picture will emerge before the end of January as by then, the easing of rules for the month of February would be out for the various states.”

The insider added, “The month of March, too, would see several releases.”

Also Read: John Abraham’s character in Attack as super-soldier is on the same lines as Jean-Claude Van Damme’s Universal Soldier