Actress Sanjana Sanghi has finally opened up about the MeToo allegations made against late actor Sushant Singh Rajput during the filming of Dil Bechara. The actress had taken some time before she went on Twitter to clarify the allegations and called it baseless. 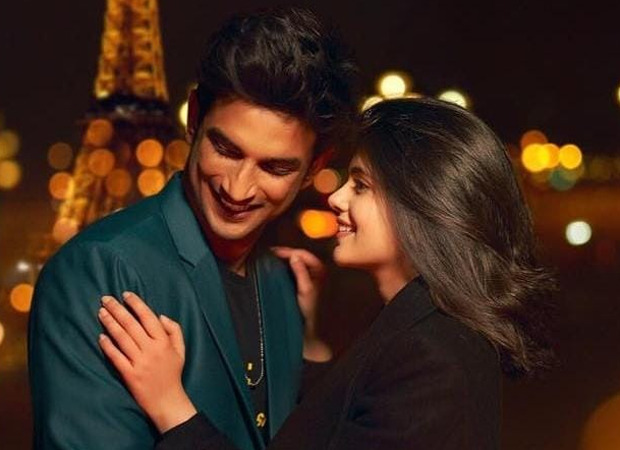 Speaking to a tabloid recently, Sanjana Sanghi said that everyone thought only Sushant was troubled after the allegations but she was also very much troubled. She said that they knew the truth, she knew what he meant to her, and he knew that and that was important. They were shooting every day. She said that when one or two articles come out, one can't pay attention to the rumours.

She said that the articles were baseless and nothing changed between the two actors since there was nothing. She further said that imagine how it is for two stars, who adore each other, to sit back and wonder how to prove that all these allegations aren't true. He asked her whether to put out the chats between them. She told him to go ahead and he posted the screenshots. Sanjana said that people were still were not ready to believe. She said that even her clarification did not work.

When asked why it took her few days to clarify the allegations, she said that she shouldn't need to clarify anything since nothing had happened. She didn't want to perpetuate the culture of responding to every rumour posted about them. She said that Sushant was the greatest co-star she could have had and she had utmost love and respect for him, as he did for her.

Sanjana cited that if something would have happened, they would not have gone ahead with the Paris schedule and finished the film. She urged everyone to believe the truth.

Back in October 2018, many reports suggested that Sushant was accused of sexual misconduct by Sanjana. While the actor denied all the allegations, he also shared screenshots from the messages exchanged with his co-star and called the allegations just a smear campaign. "The last thing worth doing is to defend yourself of the fiction created by an agenda. People using this much required campaign for their personal agenda is too much to ignore. So here is the text conversation with Sanjana till the time I shot for the film. I let you decide," he wrote on Twitter.

He also shared their chat screenshots. “I feel sad to reveal personal information but it seems that there is no other way to state what actually happened, in the midst of this curated, well-timed, and agenda-driven smear campaign. From the first day of the shoot till the last day, this is what happened on the sets with Sanjana. Misconduct? Not at all. Agenda? You decide,” he had written in an Instagram post.

Taking to her twitter, she wrote, "On returning from a long trip to the US yesterday, I read several baseless and unfounded stories with respect to misconduct and misbehaviour on the sets of our film Kizie Aur Manny (earlier film title). I'd like to clarify that no such incident took place with me. Let's put an end to these conjectures."

Dil Bechara is slated to release on July 24 on Disney+ Hotstar.