Salman Khan has had a career spanning over three decades. In that time, the actor has starred with several actresses from Madhuri Dixit to Katrina Kaif to now Alia Bhatt. But, the actor still hasn't worked with Deepika Padukone yet. The actress, who has been working in the industry for over 11 years now, is yet to star opposite the Dabangg actor. And Salman Khan has revealed why he is yet to work with him. 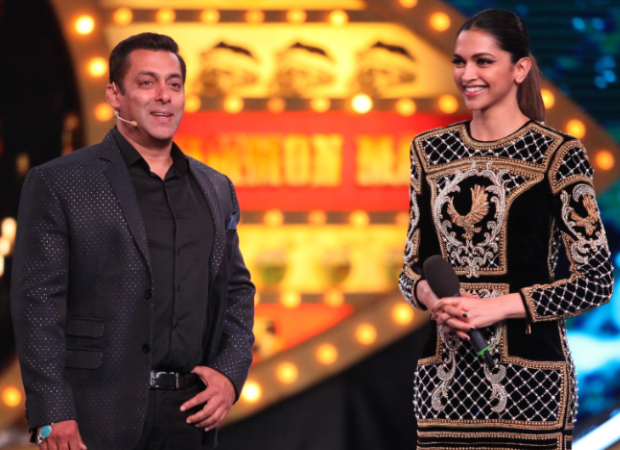 Salman Khan, who is promoting his production Notebook starring debutantes Pranutan Bahl and Zaheer Iqbal, recently revealed why he hasn't had a chance to work with Deepika Padukone. He said that even he is also wondering when will he work with her. The actor revealed that he has never been offered any role to work alongside Deepika. He further said that Deepika, herself, is a huge star and will only say yes to a project if offered a meaty role in the film. The actor revealed that as of now, there isn't anything project happening.

Meanwhile, Salman Khan's production Notebook is released on March 29, 2019. Post that, the actor will kickstart shooting for Dabangg 3. His next release will on Eid with Bharat. Deepika Padukone has begun shooting for Meghna Gulzar's Chhapaak.