Salman Khan kicked off his Eid 2020 outing, Radhe: Your Most Wanted Bhai on November 4 at a studio in Mumbai with Disha Patani, Jackie Shroff and Randeep Hooda joining the cast of the film. The shooting of the film is going on at a brisk pace with reports suggesting that director Prabhu Dheva has got renowned actors from South Indian film industry to join the ensemble cast of the film. Bollywood Hungama has now learnt that Salman has signed a Korean Stunt team to design the action scenes in Radhe. 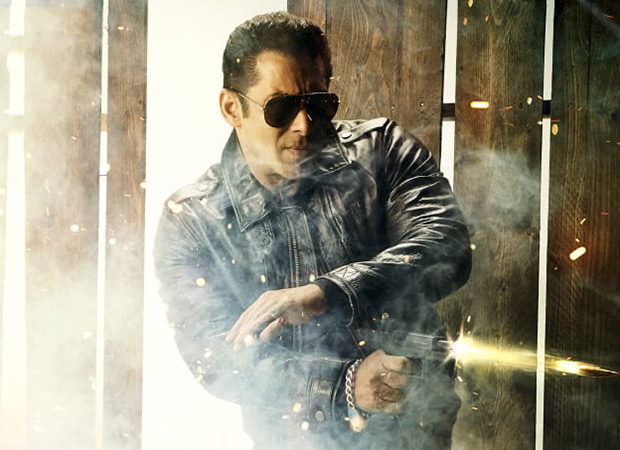 “Radhe is the official adaptation of Korean crime thriller, The Outlaws. The makers have retained the basic essence of the film, however turned around the screenplay to make it palatable for the Indian audience. Salman has advised his team to go all out on the action scenes, and that’s when they decided to get the Korean team on board for Radhe,” revealed a source close to the development.

The film is an high octane action thriller, and Salman will be seen portraying the role of Radhe for the third time in his career after Tere Naam and Wanted, however the film has got nothing to do with his previous two outings. “The Outlaws was appreciated for the stylized action, and likewise, Salman too wants to leave no stone unturned to get the action right. The film will ride on four to five action scenes which include a smoke fight, gun shoot-out, hand to hand fights and of course, a shirtless fight scene between the protagonist and antagonist i.e. Salman and Randeep,” the source added. Apart from the team from Korea, an Indian action director will also work on the film, primarily for the introductory fight scene of Salman. "Only an Indian action director would know the expectation of audience from Salman, and hence the makers will get the actors introductory scene designed by an Indian team."

Radhe marks the reunion of Salman and Randeep after working together in Kick and Sultan. However, this time around, they will be seen locking horns throughout the narrative. “Prabhudeva has aced the art of making the larger-than-life films with hero and villain, and likewise, there are ample of confrontational scenes between Randeep and Salman. The film will explore an altogether different side of their pairing,” the source informed.

For the titular role, Salman has been hitting the gym daily to get into the lean avatar. “This is his most stylish look till date, and Salman is working towards flaunting his six-pack abs on the screen,” the source concluded. The shoot of Radhe started with a dance number featuring Salman and Disha, which was shot for a period of 6 to 7 days. The film, which is produced by Atul Agnihotri, Sohail Khan and Salman Khan, is gearing up for Eid 2020 release and will lock horns with Akshay Kumar’s horror comedy, Laxmmi Bomb.