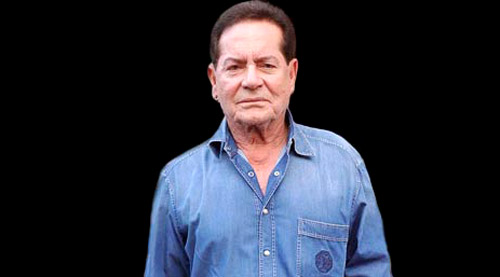 Legendary writer and Salman Khan's father Salim Khan has always been upfront about his opinions. Be it politics, religion or cinema, the writer has never shied away from talking about controversial issues.

Earlier this week, Indians were shocked by the brutal terrorist attack in Uri. Several soldiers lost their lives and were injured in this attack. Salim Khan took to Twitter holding Sharif responsible for the recent terror attack in Jammu and Kashmir and pointed out that no one in Pakistan listens to him. He also called him 'Be-Nawaz Sharir'.

Salim Khan said, "Beg your pardon, Mr. Sharif, If people those who gave you your name knew what your characteristics would be, they would have named you Be-Nawaz Sharir. A big blunder has been committed. It's your own admission that no one listens to you in Pakistan be it, your army, your parliament or your people. Wonder if your respected family listens to you?? Around the world complaining about India. Is anyone listening??"

The Uri attack has been widely condemned by everyone including Bollywood celebs.