Salman Khan and Akshay Kumar are coming together this Diwali. While the much-awaited film Housefull 4 releases on Diwali, Salman Khan starrer Dabangg 3 will have its trailer attached to it. The fans will get to see Akshay and Salman come together. 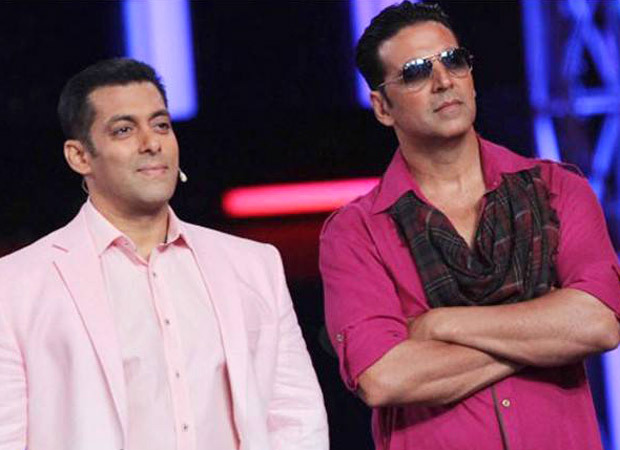 Sajid Nadiadwala, the producer of Housefull 4 and Kick 2, says that nothing can be bigger than Salman Khan and Akshay Kumar coming together for Diwali. When quizzed whether he would bring them together in a film, Sajid said he would love to but all three of them are too busy. However, once they are free and ready, it would be something big and magical. It will be a party on set.

Akshay Kumar and Salman Khan have worked together in Mujhse Shaadi Karogi and Jaan-e-mann. The actors were supposed to work together as co-producers in Kesari but it didn't work out.

Meanwhile, Akshay Kumar and Salman Khan are also set to face off during Eid 2020. While Akshay is coming with Laxmmi Bomb, Salman recently announced Wanted sequel, Radhe. So Eid 2020 will be battle of superstars.