Bobby Deol and Akshay Kumar will soon be sharing screen space in the upcoming film Housefull 4 which is slated to release this Diwali. While Akshay has been part of all the three previous installments of the franchise, this is the first time that Bobby Deol will be seen in a Housefull movie. In an exclusive conversation with Bollywood Hungama, Akshay Kumar revealed why he has watched a particular scene from Bobby’s film Barsaat 35-40 times. 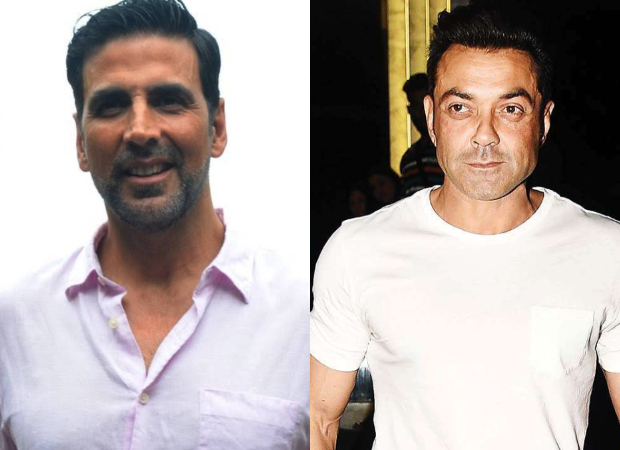 The cast of Housefull 4 including Akshay Kumar, Riteish Deshmukh, Bobby Deol, Kriti Sanon, Kriti Kharbanda and Pooja Hegde were discussing their first film that was housefull in the theatres.

Bobby Deol revealed how his debut film Barsaat opposite Twinkle Khanna was well received by the audience. The actor said that he was overwhelmed by the love given by the audience towards him and the film. Akshay Kumar talking about the film said, “I remember Bobby's film. One scene I have watched 35-40 times. I watched it because he met with a very big accident there and I was wondering what happened exactly. He was riding a horse in the scene.”

Shedding light on the incident, Bobby said, "That was the first scene of the film and was shot at the end. My brother wanted to enhance my introduction scene. We went to London to shoot the scene and I still have a rod in my leg." Other members of the cast were equally amused to find out that Bobby has a rod in his leg.

Meanwhile, Housefull 4 directed by Farhad Samji is scheduled to release on October 25. The film which is a reincarnation comedy also stars Nawazuddin Siddiqui, Chunky Pandey Johnny Lever, and Jamie Lever.