Ranveer Singh is neck deep into cricket training, courtesy the Kabir Khan film that is based on the iconic 1983 World Cup. The actor is currently practicing the sport with the help of the man of the hour, Kapil Dev, who was the captain of the Indian cricket team that year when India won the World Cup. But what has left everyone surprised currently is a photo that has been doing the rounds. It features Ranveer practicing the sport from the sets of ’83 but going by the picture, we feel that the actor hardly resembles Kapil Dev. 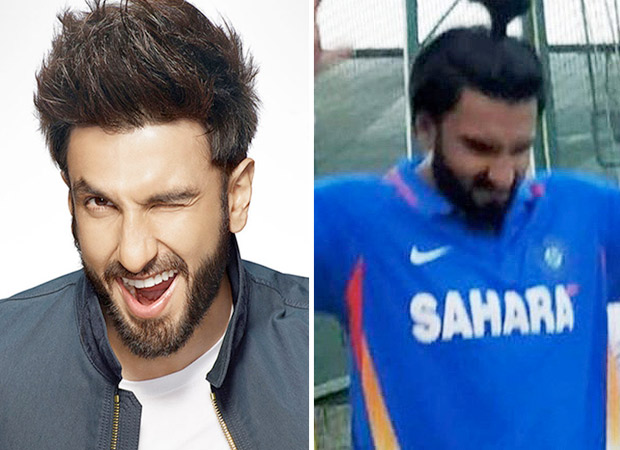 Recently, a picture of Ranveer Singh has gone viral on social media. The actor is seen practicing cricket going by the Indian Team jersey that he is wearing during the practice session for ‘83. But what took everyone by a surprise is the pony. Looks like Ranveer is sporting long hair but we wonder the reason. His avatar looks quite different from the real life Kapil Dev and knowing Ranveer he will definitely be going all out to look like Dev in real life too. We believe that the actor is taking it slow currently and has been sporting his usual look for the practice session.

. @RanveerOfficial starts practicing for his role as Legendary Cricketer #KapilDev for the 1983 World Cup movie.. pic.twitter.com/qpYlcRisLB

Moreover, it has only been recently since Kabir Khan finally found his complete cast for the role of the Indian cricket team which comprises of actors like Saqib Saleem, Tahir Raj Bhasin, Hardy Sandhu, Ammy Virk, South actor Jiiva, Pankaj Tripathi amongst others.

Coming to the film, ’83 will recreate one of the biggest moments in the history of Indian sports. India won its First World Cup in 1983 with Kapil Dev as the captain. The entire team, who were a part of the victory, have given a green signal to the film and are also lending a helping hand for the training session of these actors.