Sacred Games, one of India’s first Netflix originals, that featured Bollywood stars like Saif Ali Khan and Nawazuddin Siddiqui, was set for its second season. The shooting for the new season was expected to commence this month but soon it got embroiled in many controversies. While earlier speculations claimed that the makers were reconsidering the budget for season two, the show also faced issues due to #MeToo campaign when Phantom Films co-founder Vikas Bahl and writer Varun Grover were accused of sexual harassment. Despite all the issues, now we hear that Netflix has decided to retain their association with Anurag Kashyap, Vikramaditya Motwane and Varun Grover for the second season. 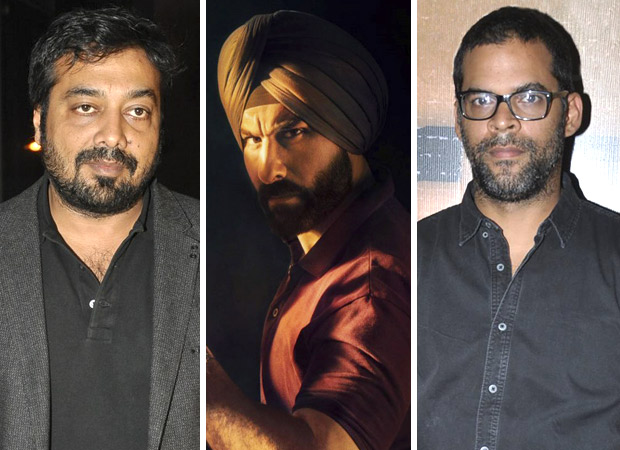 Reports have it that the streaming digital company Netflix decided to carry out independent investigations after two people associated with the team of Sacred Games were alleged of sexual harassment. However, the name of Vikas Bahl was never associated with the show neither was he credited as the producer of the first season, which probably makes us assume that he was never directly a part of the show. As for the company which backed Sacred Games is concerned, that is Phantom Films, the founders have dissolved the same with Anurag Kashyap and Vikramaditya Motwane continuing their love for filmmaking independently.

Netflix has reportedly announced in a latest statement that they are satisfied with the independent investigation and would continue working with Anurag Kashyap and Vikramaditya Motwane. Their Phantom partner Vikas Bahl faced charges of sexual harassment from many and Anurag also gave a glimpse of his friend’s philandering ways on his Twitter handle. On the other hand, Varun Grover too faced sexual harassment charges which were shared in an anonymous post. However, Netflix has maintained in reports that their investigation has been successful and they would continue to work with Grover.

In the same breath, the said statement is also expected to have assured the others that they are ensuring a safe and respectful working environment for everyone at workplace currently.

Sacred Games series feature Saif Ali Khan and Nawazuddin Siddiqui in key roles along with Radhika Apte, Kubra Sait, Neeraj Kabi amongst others. The second season is expected to air sometime next year.

Also Read: After the exit of Anu Malik due to the #MeToo campaign, Salim – Sulaiman are the guest judges on Indian Idol 10 this week