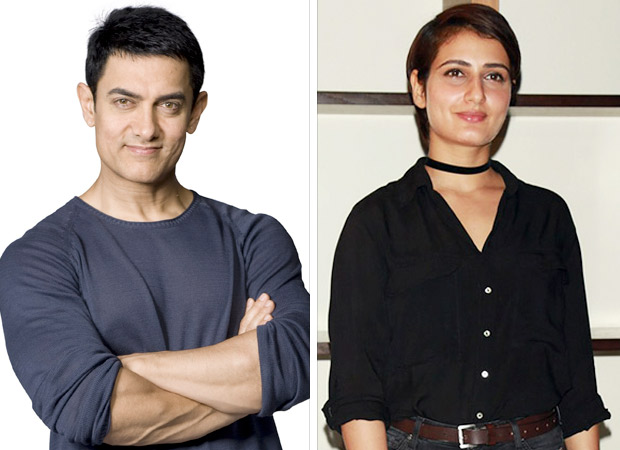 Last year, all the roads were leading to the theatres screening the Aamir Khan blockbuster Dangal. Besides consolidating Aamir Khan’s Numero Uno position in Bollywood, Dangal also gifted Bollywood an exceptional actress in the form of the spunky Fatima Sana Shaikh. Ever since the release of Dangal, Fatima Sana Shaikh had become the talk of the town and the toast of the season. Well, the young lady only upped her stakes in B-Town after being chosen to star in the most awaited Aamir Khan-Amitabh Bachchan starrer Thugs Of Hindostan.

Recently, during the media meet talk show of Dangal, which was aptly titled as ‘Dangal Dangal Baat Chali Hai’, Aamir Khan revealed as to why Fatima Sana Shaikh was a great choice in Thugs Of Hindostan. Starting with the preparation details of the film, Aamir Khan said, “We are starting film’s shooting in June this year. We are extremely happy to have Fatima Sana Shaikh as the heroine of the film. She is an extremely talented artiste. She suits the role perfectly.”