The much-anticipated action entertainer Khiladi starring Ravi Teja is all set to release in the Hindi language in cinemas from 11th February. Helmed by Ramesh Varma, Ravi Teja will be seen in a completely different role in the film produced by Pen Studios in association with A Studios. The film also stars Meenakshi Chaudhary and Dimple Hayathi in lead roles. 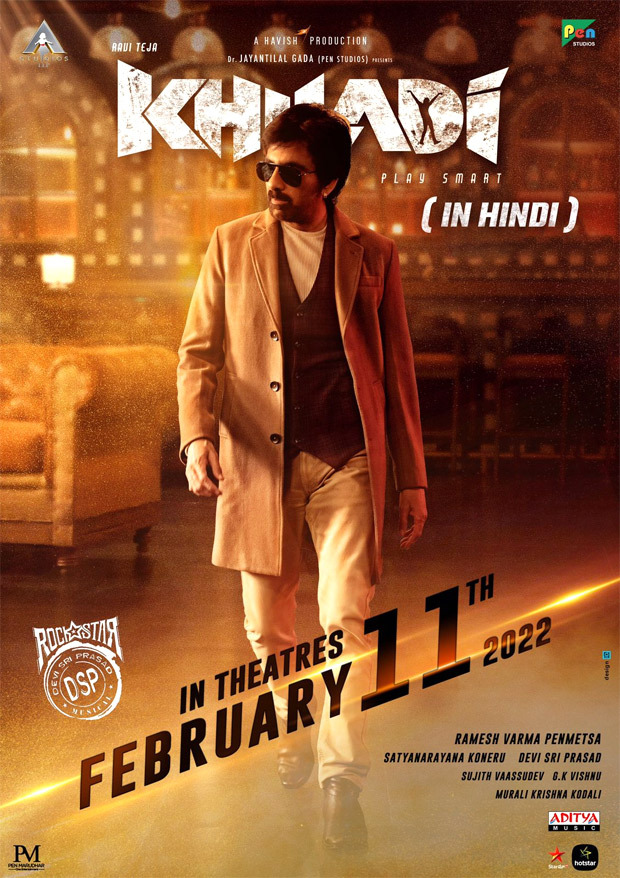 Ravi Teja starrer Khiladi to release in Hindi on February 11, 2022

Elated Dr. Jayantilal Gada shares his views on releasing the movie in Hindi, adds, “As the times have changed, now there is a demand for original content, as the audience likes to see the film in its purest form. The content of Khiladi is extremely entertaining combined with Ravi Teja's popularity across India, Pen Studios felt that his movie should also be released in the Hindi language too, in cinemas.”

The film is presented by Dr. Jayantilal Gada (Pen Studios) in association with A Studios. Pen Marudhar will be distributing the film in the North Territory. Khiladi (Hindi) will release on 11th February 2022 in cinemas.