Taapsee Pannu is all set to play a young girl from a village in RSVP’s next, Rashmi Rocket. However, this is a fictional story of a woman hailing from Kutch, who aspires to become a sprinter and we are already excited to get to know about what’s in store! The actress is leaving no stone unturned to work hard on her physical appearance to look every bit of an athlete and nail the form required for her character Rashmi. 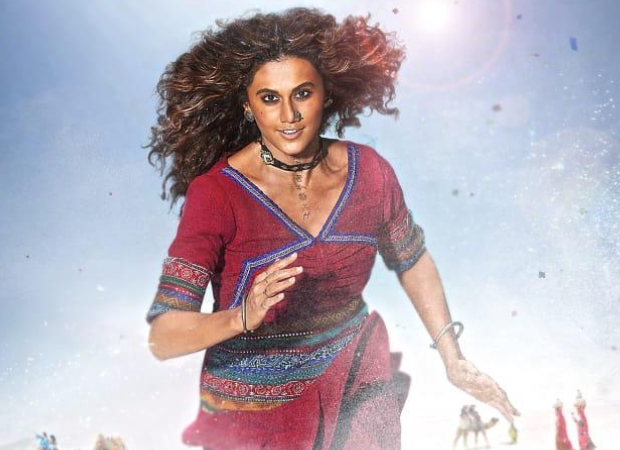 Speaking about the transformation process, Taapsee Pannu shares, “I will begin the process of transforming my body from this month. The aim will be to build a body like a sportsperson. Thus, I will have an entourage consisting of a trainer, a nutritionist and a physiotherapist who will help me become an athlete that I need to be for the screen.”

Excited to be a part of a sports-genre movie, the actress draws inspiration from Farhan Akhtar and Priyanka Chopra Jonas. “They have set a benchmark with their performances as sports personalities in movies like Bhaag Milkha Bhaag and Mary Kom respectively. I look up to them and want to give my best to this project,” she delightfully shares.

The film is not a biopic, but a lot of inspiration has been drawn from real-life sports stars. Taapsee further adds, “It is a story of an athlete, for which we have picked up interesting nuances and incidents from the lives of sprinters all over the world, and we will present it through my character. It is not a biopic, but makes for a very interesting story.”

Set in the salt marshes of Kutch, Rashmi Rocket is about a young girl from a village, blessed with a gift. She's an incredibly fast runner. The village fondly knows her as ‘Rocket’. When she gets a chance to showcase her talent professionally, she jumps at the opportunity, only to realize that the race to the finish line is peppered with many hurdles, and what seems like an athletic contest turns into her personal battle for respect, honour, and even her very identity.  The film will be produced by Ronnie Screwvala, Neha Anand and Pranjal Khandhdiya.

Produced by Ronnie Screwvala’s RSVP and Mango People Media Network, directed by Akarsh Khurana, the film will hit the theatres early next year. The screenplay for this film will be written by Aniruddha Guha.