Kabir Khan directed 83 was released in theatres today. The film which sees Ranveer Singh as Kapil Dev narrates the story of the historic win of India at the 1983 cricket world cup and the team behind it. The film has not only received a massive opening in India but will be released across the world today. 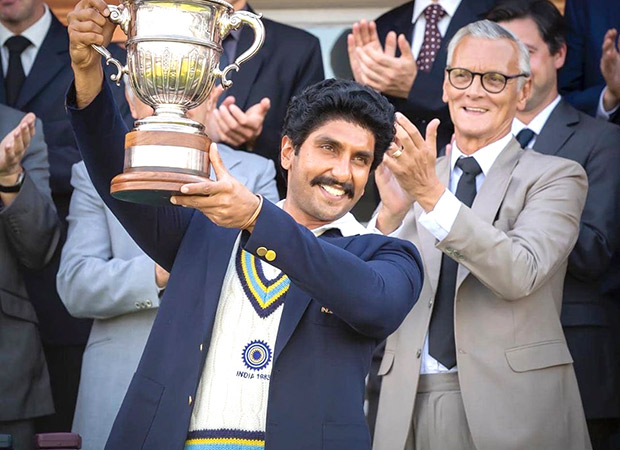 Ranveer Singh starrer 83 gets extensive release in international market; will run in 1512 screens in 80 countries

The film was released in the international market on December 23. A total of 1512 screens in 80 countries have been allotted for the screening of 83 which is being released in Hindi, Telugu, Tamil, Malayalam, and Kannada languages.

Meanwhile, the film had received a standing ovation at its world premiere on December 15 at the Red Sea Film Festival in Jeddah. During the same week, the trailer of the film was also played on the iconic Burj Khalifa, the world’s tallest building.

ALSO READ: Ranveer Singh starrer 83 to be the first Bollywood film to release in Cambodia on the same day as India