Ranveer Singh ensured that his cast and crew of '83 had the best time at the wrap party of the film and then headed to the airport to fly to Hyderabad to start shooting for Rohit Shetty’s Sooryavanshi in which he has a cameo. 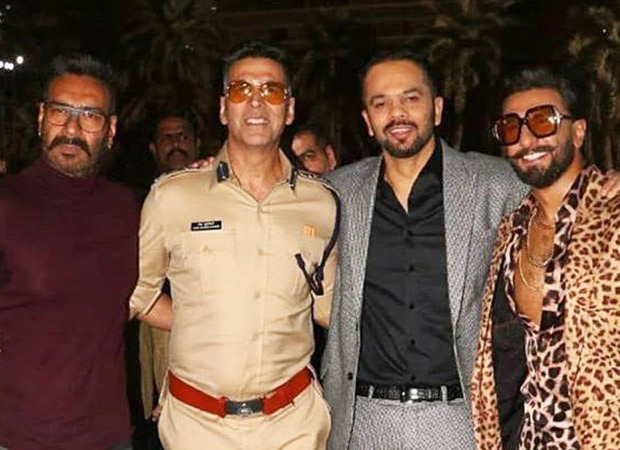 “Ranveer made sure that his '83 team had a blast at the wrap party. He made everyone’s night as he chilled and danced with his crew with whom he has formed an extremely intimate bond. Post this, he headed straight to the airport for Rohit Shetty’s Sooryavanshi which is being filmed in Hyderabad,” informs an eyewitness from the party.

“Ranveer will be in Hyderabad for about a week and wrap his commitments for Sooryavanshi, Rohit’s new cop film in the brilliant cop universe that he is currently creating with Akshay Kumar As Sooryavanshi, Ajay Devgn as Singham and Ranveer as Simmba.”

Akshay Kumar's character Veer Sooryavanshi was introduced in the post-credits scene of Simmba. He was seen having a phone conversation with Ajay Devgn's Bajirao Singham. The three of them will shoot the finale sequence before they wrap up the film. Directed by Rohit Shetty, Sooryavanshi is set to release on March 27, 2020.