In a sudden turn of events, producers Viacom 18 have decided to release the long-delayed Hema Malini - Rajkummar Rao – Rakul Preet Singh starrer Shimla Mirchi. The film about a romantic relationship between a young man and an older woman played by Rao and Hema, was shot in 2014. The film then got into serious production issues and was shelved for all practical purposes. 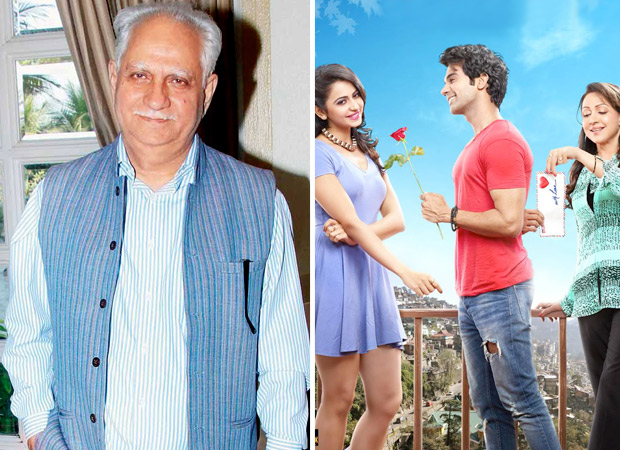 A pity since Shimla Mirchi was the great Sholay director Ramesh Sippy’s first directorial venture in 25 years. The super-gifted Ramesh Sippy last directed Zamaana Deewana with Shah Rukh Khan and Raveena Tandon in 1995. The film was a disaster and the director of such neo-classics as Seeta Aur Geeta, Sholay, Shakti and Saagar went into a self-imposed hibernation.

Only to return in 2014. When Shimla Mirchi was completed and remained unreleased, Ramesh Sippy sadly said, “I don’t think that film is going to get released.” Happily, Sippy was wrong.

The film’s leading lady Hema Malini, who has not been seen on screen since Aman Ke Farishtey in 2016 is surprised to know about the sudden release of Shimla Mirchi. The unbeatable director-actress combo of Ramesh Sippy and Hema Malini created history three times over with Andaz, Seeta Aur Geeta and Sholay.

Would they again generate the same hysteria with their fourth outing together in Shimla Mirchi?

Says Hema, “I am working with Rameshji after nearly 40 years. But it seems like just the other. We picked up the threads of our association as if the big time-gap didn’t happen in-between. He is very mischievous with me. There is a glint in his eyes and a secret smile that haven’t faded with time. He is still the same. Shooting with Rameshji again was l a lot of fun. Let’s see if this time around we again emerge with something special. Rameshji has given me another very important role in Shimla Mirchi. Rameshji insisted. And when I heard the script I knew why. At my age actresses don’t get such important roles that easily.”