Rakul Preet Singh has finally signed her first solo female centric project and it's indeed a quirky one. After playing the romantic lead in Ayushmann Khurrana starrer Doctor G, Rakul has decided to take the AK route to stardom. Bollywood Hungama was the first to inform that Rakul has already signed the contract for a project with Ronnie Screwvala's RSVP and is set to play the role of a executive. 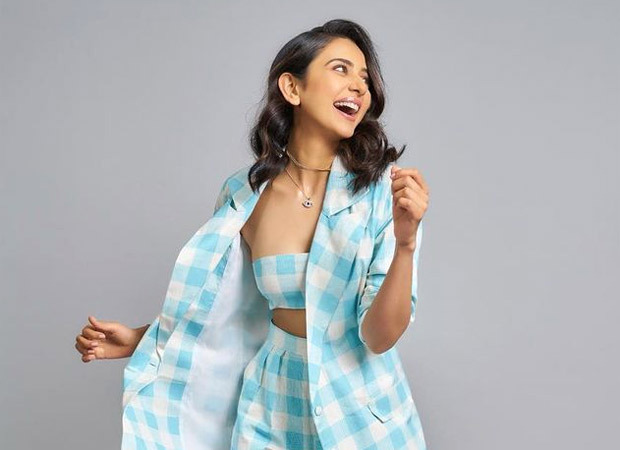 The film, a social comedy, has Rakul playing the role of a condom tester in it. While not much is known about it right now, we can tell you that Marathi filmmaker Tejas Vijay Deoskar who directed Bucket List will be helming the project. While the film had no title till now, we hear the makers have locked the name!

Says a source to Bollywood Hungama, "They plan to call it Chhatriwaali. Yes, the film will be titled so, since Condom is called chhatri in typical local language. Since Rakul plays the role of a condom tester, this film has been given the title. While Sardar and Grandson happen to be Rakul's debut digital project, it was planned as a theatrical release initially. But Chhatriwaali is being ideated as a direct to OTT release, much like RSVP's Dhamaka."

Chhatriwaali is a quirky drama that also aims at destigmatising the use of condoms. Indians still shy while buying condoms or even uttering the word. The film will be a bold but humorous take on the same, much like Dream Girl.

Before the film landed on Rakul's lap, it was offered to Sara Ali Khan and Ananya Panday who declined the role. While Sara refused the film after the narration, Ananya and her team felt that the concept and the role was too bold for her.