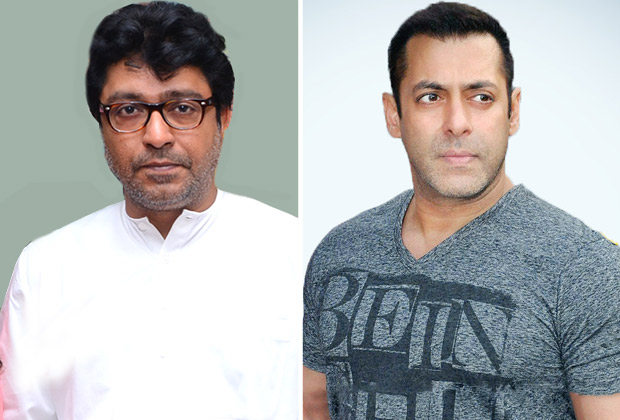 Last evening, Salman Khan, who launched jewellery line under his charity foundation Being Human, was questioned about his opinion on Indian Army’s surgical attacks as well as ban on Pakistani artists from Indian cinema. While the superstar voiced out his support for the surgical attacks and appreciated the army, he did not agree with ban on the artists stating that arts and politics are two different things. However, miffed with his comments, MNS (Maharashtra Navnirman Sena) leader Raj Thackeray slammed the actor for the same.

Maintaining that the Indian army doesn’t have any personal enmity with their Pakistani counterpart, Raj added that these jawans were getting shot by real bullets and not the fake filmy ones. He further questioned the need of having Pakistani artists in Indian cinema by asking if there was a dearth of talent in our country. Calling them (Pakistani artists) business minded, Raj further went on to talk about the ban on M.S. Dhoni: The Untold Story from Pakistani cinema houses and mentioned that they shouldn’t be given too much attention. He also made a remark by commenting that hope Salman Khan did not make his statement in the night like last time (implying that he might have been drunk).

Readers may be aware that ever since the Uri attacks at the army camp in Jammu & Kashmir, the situation between India and Pakistan has worsened and political parties like MNS demanded a ban on Pakistani artists from Indian cinema.