The recently released series Sacred Games has been receiving rave reviews from the audience. However, the Netflix original show that is based on a book by the same name has also found itself in the eye of a storm. In fact certain factions have taken objection to the way former Indian Prime Minister Rajiv Gandhi has been depicted in the series, with a legal notice against the makers being filed as well. Now reacting to the same Rahul Gandhi finally decided to break his silence on the issue while at the same time supporting the makers of the show. 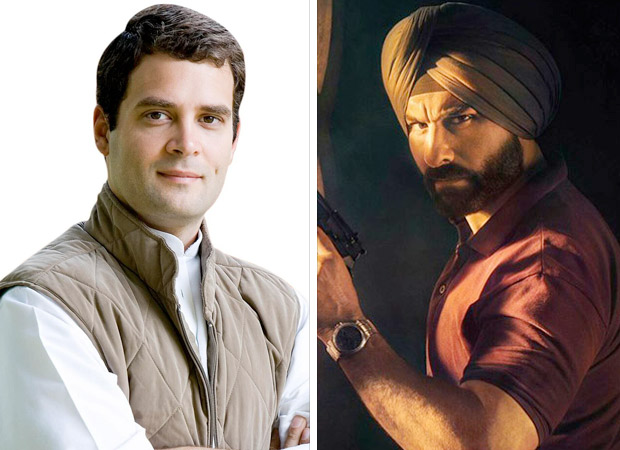 Taking to Twitter the President of the Congress Party stated that freedom of expression was and is a fundamental right and the makers of the show should be given that liberty. “BJP/ RSS believe the freedom of expression must be policed and controlled. I believe this freedom is a fundamental democratic right. My father lived and died in the service of India. The views of a character on a fictional web series can never change that”, tweeted the Gandhi legacy scion. Interestingly, quick to pick up on the tweet was Anurag Kashyap, who directed the series with Vikramaditya Motwane replying to the tweet saying, “That’s a yay”.

For the uninitiated, the show Sacred Games that released a while back featuring Saif Ali Khan and Nawazuddin Siddiqui in prominent roles received flack for its depiction of Rajiv Gandhi. The show that focuses on a variety of topics that have plagued the nation delved into the darker side of Rajiv Gandhi while talking about the infamous boforce scandal.