The incident of Pulwama attack that posed as a major threat to the security of Indian jawans and caused the loss of over 40 CRPF officials has left the nation in shock. Many Bollywood celebrities took to social media and other platforms to vent out their anger over the incident where Jammu Kashmir yet again became a major victim to terror attacks. One amongst them was Manikarnika – The Queen of Jhansi actress Kangana Ranaut! She not only expressed grief over the incident but also went on to call out some Bollywood celebrities like Shabana Azmi as anti-nationals. 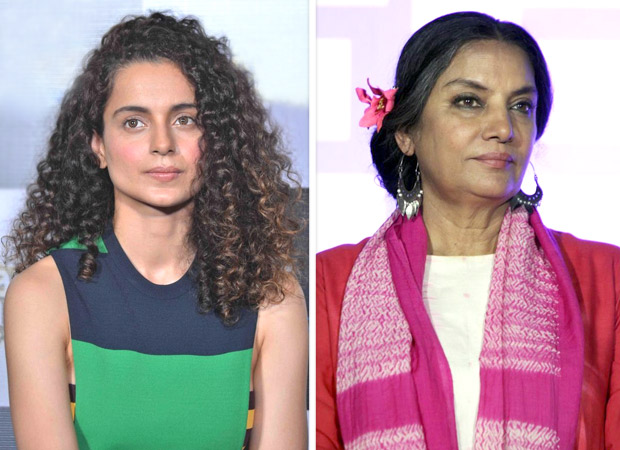 In a recent interview when she was asked for her views on the attack she condemned the terror attacks saying that Pakistan has not only violated our nation’s security but they have also attacked the dignity of our citizens by openly threatening and humiliating everyone. She believes that as a nation we need to take decisive actions or else our silence will be misunderstood for our cowardice. Terming this as an incident where Bharat is bleeding, the actress asserted that the killing of the sons of the land is not a matter to be taken lightly and that non-violence and peace isn’t the way to respond anymore and that we must indeed fight back against such a horrendous incident.

On the other hand, she also took a jibe at Shabana Azmi calling off the Karachi event where she was invited to felicitate the works of her father Kaifi Azmi. The actress not only called the yesteryear veteran actress ‘anti-national’ but also accused her of being the one of them who promotes Bharat Tere Tukade Honge gangs. She also questioned about why Shabana agreed for an event in Karachi when the work of Pakistani artists in India was banned after the Uri attacks. The actress went on to tell during the interview that the Bollywood film industry has many such anti-nationals who are planning to ruin the country. She went on to claim that Pakistan destruction is the need of the hour and Pakistan ban is currently a matter of focus.