She became a superstar overnight; courtesy a song from the film Oru Adaar Love featuring her went viral. The teenage girl Priya Varrier was obviously taken aback by her overnight stardom, after a clip from her movie went viral on the internet. Considering her sudden brush with fame, the makers are planning to release her film in a much bigger scale than planned.

Priya Varrier became a sensation online a couple of days before Valentine’s Day after a video went viral. The clip from her movie featured her winking at one of her classmates. It was also a part of one of the romantic tracks titled ‘Manikya Malaraya Poorvi’ from the high-school drama. This movie clip suddenly shot Priya to fame. Followed by the same, now, it seems that the filmmakers have decided to cash in on the popularity. 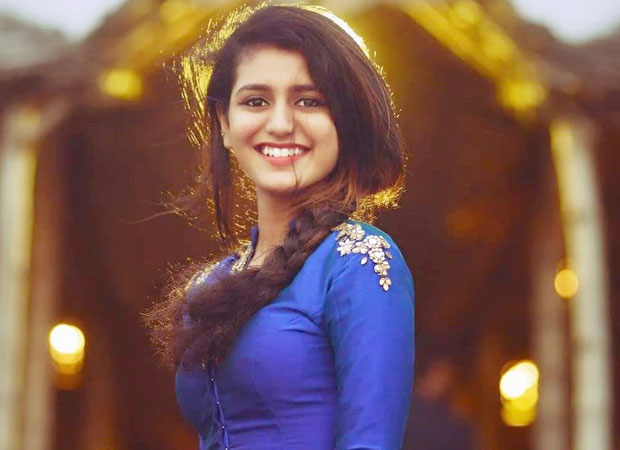 If recent reports are to be believed, the makers are planning to release it in three languages namely, Hindi, Tamil and Telugu. Even though there has been no official announcement on the same, all her internet fans will definitely be enthralled by this news.

Last time, when Priya was asked about her sudden fame, the teenage girl expressed the mere surprise and the excitement that followed owing to becoming an internet sensation. We are sure that this news too will be an intriguing one for this Malayalam actress.

Followed by the release of the song and its popularity, the film also came under the legal radar. Some men from Hyderabad alleged that the wink of Priya Varrier combined with the wordings of the song was offensive to the Islamic community. However, soon the court after hearings decided to stay all FIRs that were filed against the song and the film.

Speaking on Oru Adaar Love, it is directed by Omar Lulu and produced by Ousepachan Valakuzhy. Other actors like Roshan Abdul Rahoof, Noorin Shereef, Siyadh Shajahan and Michelle Ann Daniel too are a part of the film.