Malayalam actress Priya Prakash Varrier is a true story of overnight stardom! A day before Valentine’s Day, a wink video of the teenage actress took the internet by a storm. Since then, the actress has now become a national sensation. While she is still managing to cope up with the sudden fan following, she however faced a few legal hassles. For the ones following up with the news, you may be aware that an FIR was lodged against her. The 18-year-old actress decided to not take it bowing down and have responded to these allegations. 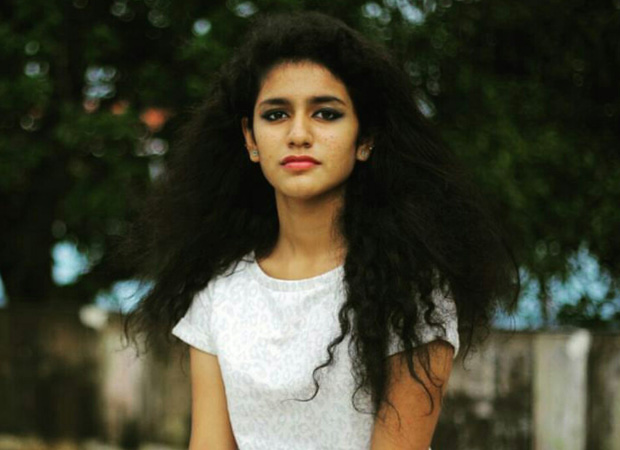 Priya Varrier had to face the wrath of a religious group after she featured in a romantic track. The song apparently hurt their religious sentiments claimed this group, who decided to take legal action against Priya. The actress however has decided to quash the FIR by moving the court on February 19. The actress has approached the Supreme Court seeking protection against the FIR lodged against her in Telangana. She has also requested them to prohibit other states from taking legal action against her.

In her plea, Varrier has mentioned that the lyrics have been in no way offensive. She has further alleged that the song in question ‘Manikya Malaraya Poovi’ is actually inspired from an old Malayalam folklore. She has further added that the song praises the love between Prophet Mohamed and his first wife Khadeeja. Also, her plea states that it is an old folk song inspired from a poetry written by PMA Jabbar in 1978. It was first sung by Thalassery Rafeeq which was in praise of the Prophet and his wife, according to her plea. The plea that was filed with the help of her advocate Pallavi Pratap, also states that the song has been in existence for the past 40 years. Hence, she added that it doesn’t make sense as the Muslim community has often hailed this song on Prophet’s love in Kerala.

For the uninitiated, Priya Prakash Varrier is a student of B-Com from a college located in Thrissur district of Kerala. Her song from her recent film Oru Addar Love went viral which featured her in a school uniform. On the other hand, the legal action was taken against her in Hyderabad. There were also reports that she was charged against hurting religious sentiments even in the state of Maharashtra.

Also Read : Valentine’s Day crush Priya Varrier is a goofy GEEK in real life, these pics are a proof