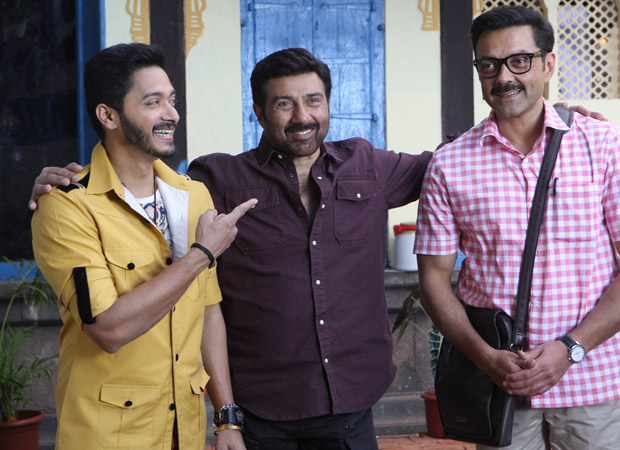 Shreyas Talpade's directorial Poster Boys brings together the Deol Brothers – Sunny Deol and Bobby Deol - in avatars never seen before. Donning the hat of director and actor both, Shreyas Talpade created a shoot that was so organized and fun, that the film was completed at lightning speed! Apparently the Deols had a blast working on Poster Boys thanks to which they shot their scenes at a stretch in just 37 days!

An inside source claims that Poster Boys is one of Sunny Deol's fastest films completed yet in his illustrious career. The source says, "Shreyas Talpade had never worked with the Deols and he was a fan boy of Sunny Deol. With Bobby Deol, he did a lot of workshops before the shoot and got to know him really well. They finished the shoot in 37 days, 3-4 days in advance as per the schedule with few extra days in hand. That's how well planned Shreyas Talpade and Sony pulled off the entire schedule in one go. For the trio, on the last day of the shoot, they had no idea that the shooting is coming to an end as they had a great time filming it in Bhor, Maharashtra." Well, looks the bonhomie off sets definitely reflects onscreen with the trailer being loved so much already.