Late singer Lata Mangeshkar would have turned 93 on September 28. Marking the special occasion, Prime Minister Narendra Modi took to social media to announce that he has named a chowk in Ayodhya on her birth anniversary. He called it a fitting tribute to the legendary singer. 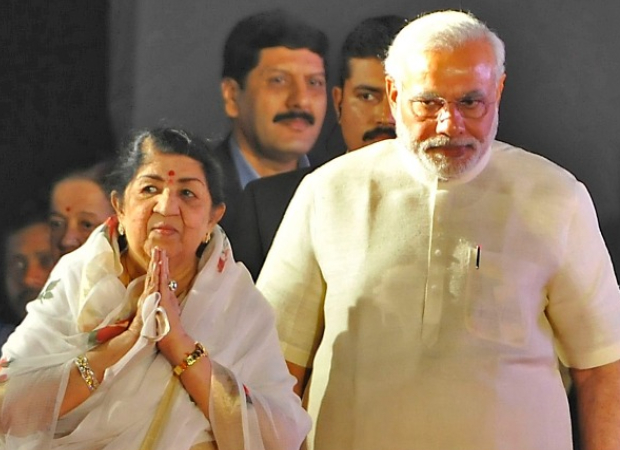 "Remembering Lata Didi on her birth anniversary. There is so much that I recall...the innumerable interactions in which she would shower so much affection. I am glad that today, a Chowk in Ayodhya will be named after her. It is a fitting tribute to one of the greatest Indian icons," PM Modi wrote on Twitter.

“The Lata Mangeshkar Chowk in Ayodhya, where Goddess Saraswati’s veena has been established, will be a symbol of her musical meditation,” he said in a video. He added, “I have a lot of memories with Lata didi, many emotional memories. Whenever we would talk, her sweet voice would mesmerise me. She called me in happiness when Bhoomi Poojan of Ayodhya’s Ram temple got completed.”

He continued, “I remember, after the bhoomi-pujan of Ram Mandir in Ayodhya, Lata didi called me. She was very happy. She could not believe that Ram Mandir was being constructed.”

Talking about the chowk, PM Modi said, “The chowk named after Lata didi will act as an inspiration for those who are associated with the arts in our country. This will remind us that being connected to the roots, and going towards an advanced future, it is our duty to spread the message of Indian culture and arts all over the world.”

UP Chief Minister Yogi Adityanath reportedly inaugurated the chowk on Wednesday. The singer passed away in February earlier this year. As per reports, Padma Shri awardee Ram Sutar made the giant 40-feet-long and 12-meter-high veena sculpture weighing 14 tonnes in remembrance of the singer. It has been installed at the intersection in Ayodhya, Uttar Pradesh.

Lata Mangeshkar was considered one of the iconic stars in the music industry of all time. She recorded songs in over a thousand Hindi films and crooned in over thirty-six Indian languages and foreign languages. She was awarded the Dadasaheb Phalke Award in 1989. In 2001, she was conferred with the Bharat Ratna, India's highest civilian honour.

Lata Mangeshkar is the recipient of three National Film Awards, several Filmfare Awards, and more. In 1974, she became the first Indian to perform at the Royal Albert Hall, London.