The makers of Bell Bottom are leaving no stones unturned to ensure that the film has all the glitter gloss and seductiveness of big-screen Akshay Kumar entertainer. 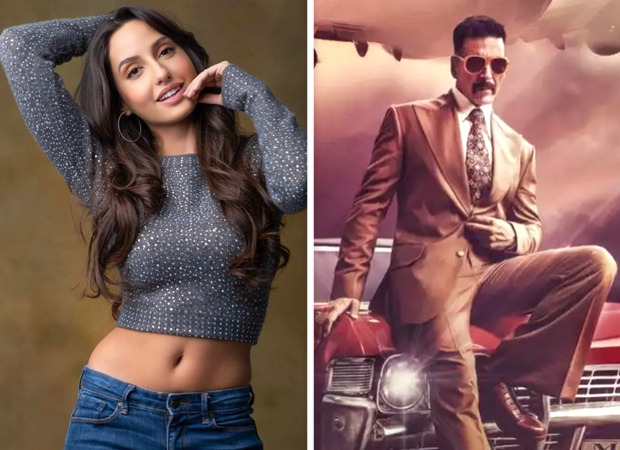 So first things first. Bell Bottom won’t be released on the OTT platform. The producers will wait for the pandemic’s exit; if they have to they’ll wait for as long as it takes. And to ensure that the weight will be worth the audiences’ time, a big ritzy retro item song has been added to the plot. Sources confirm that Nora Fatehi steps on to the dance for this item number where she will be joined by Akshay Kumar.

However, responding to the news of Nora Fatehi being roped in for an item number in the Akshay Kumar starrer Bellbottom, a source close to her says that the reports are completely false. Though Nora has been spotted visiting Pooja Entertainment’s office, she has not been signed on for the film. Continuing their explanation, the source gave a cryptic response stating that it was possible that Nora was in talks with Pooja Entertainment for a film.

Bell Bottom is directed by Ranjit Tiwari whose last film Lucknow Central in 2017 featuring Farhan Akhtar was also his first.