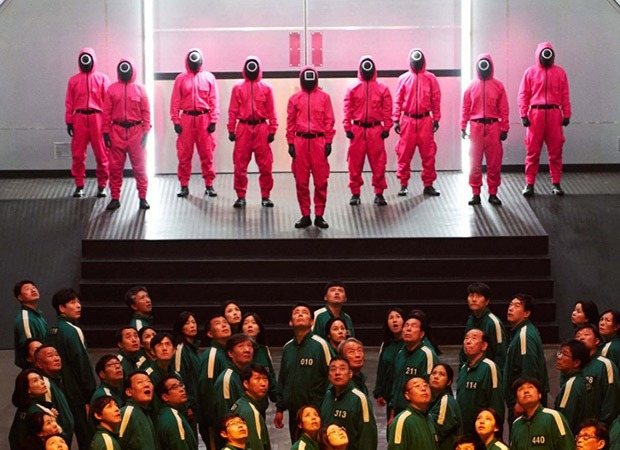 According to Variety, on Netflix’s fourth quarter 2021 earnings interview last Thursday, Ted Sarandos confirmed the return of the hit South Korean survival-thriller Squid Game for a season 2. When asked if the series would be returning for another season, Ted Sarandos replied, "Absolutely. The Squid Game universe has just begun."

While it’s no surprise that the Netflix’s most-watched will return for a season 2 as the show’s creator and director Hwang Dong Hyuk had already given hints of a potential season 2 for the show.

In a conversation with The Associated Press, Hwang Dong Hyuk shared his plans for season 2 saying, “So there's been so much pressure, so much demand and so much love for a second season. So I almost feel like you leave us no choice!"

"But I will say there will indeed be a second season. It's in my head right now. I'm in the planning process currently. But I do think it's too early to say when and how that's going to happen." he added.

The creator and director also confirmed to The Korea Times last month that he was in conversation with Netflix about seasons 2 and 3. "I'm in talks with Netflix over season two as well as season three," he said. "We will come to a conclusion any time soon."

Hwang Dong Hyuk previously talked about the plot focus in season 2 that he shared with Entertainment Weekly, “If there were to be a season 2, in the first season that we saw Gi Hun is a character whose humanity is shown through or exposed in certain situations," he said.

"In other words, his humanity is shown through a very passive manner. But I would think that in the second season, what he has learned from the games and his experience in the first season, they will all be put to use in a more active manner." he added.

Season 2 has been expected since Squid Game became the “most-streamed Netflix series” to date in October with over 111 million viewers, surpassing the Netflix original Bridgerton which fell behind by a whopping 29 million viewers.