Netflix and Sony Pictures Films India along with Ellipsis Entertainment announce their next comedy-thriller Looop Lapeta starring Taapsee Pannu and Tahir Raj Bhasin. A race against time and a girlfriend on a mission to rescue her boyfriend from a sticky situation, Looop Lapeta promises viewers an adventurous ride, as the plot unfolds and the actions of the lovers trigger a series of events, both fortunate and unfortunate. 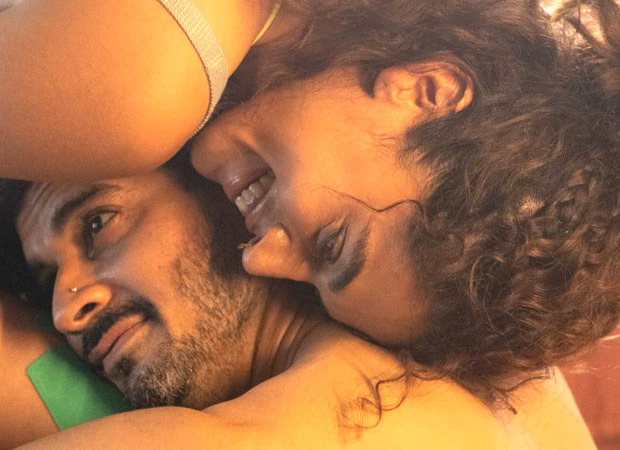 Pratiksha Rao, Director, Films and Licensing, Netflix India said, "We are thrilled to be the home for Aakash Bhatia’s directorial feature debut, Looop Lapeta. At Netflix, we want to bring the most entertaining films to our members and Looop Lapeta is the perfect addition to our growing film slate. Aakash's distinctive treatment and style married with this layered story, an unconventional plot, and remarkable performances by an ensemble cast, makes this a truly unique film.”

Vivek Krishnani, Managing Director, Sony Pictures Films India said, “Looop Lapeta brings together an exciting combination of comedy and thriller. We at Sony Pictures Films India are constantly looking for movies that can break boundaries and provide fresh entertainment to audiences. It has been an amazing collaboration with the director Aakash Bhatia and Ellipsis Entertainment to deliver a different and unique Indian take on the original cult classic, Run Lola Run. At Sony Pictures Films India we lay emphasis on working with new directors and talent who want to tell stories that are brave, different, entertaining and can cross over. The premiere of the film exclusively on Netflix will ensure that the film reaches a diverse global audience and will help us popularise Indian content across the world.”

Tanuj Garg and Atul Kasbekar, Managing Partners at Ellipsis Entertainment, said, “Looop Lapeta is yet another testimony to Ellipsis’ vision of consistently identifying and backing first-rate directorial and writing talent, and unconventional clutter-breaking content appealing to new-age audiences. When Aayush (Maheshwari) proposed the rights to us, we swung on to them immediately because we recognized the potential of crafting a quirky thriller-comedy that hasn’t been seen before in India. We are delighted to be launching Aakash (Bhatia) as director and for teaming up with Netflix and Sony Pictures Films India, which has enabled the creation of a truly masterful film, which we hope for the global audience to watch on loop.”

Aakash Bhatia, Director and Writer said, “There’s no way to downplay the exhilaration of making the first film and Looop Lapeta has surpassed every bit of it. I’m extremely excited about the shape we have given it. It boldly jumps genres from comedy, thriller to romance and makes for a rollercoaster ride for audiences. My approach has been to tightly hold on to the emotional core of our story and characters, while consciously playing with style and form. A powerhouse ensemble cast and crew made this project what it is. The creative collaborators in Kasbekar and Tanuj made for great producers on this debut journey. I’m elated that Netflix is the platform that the world gets to watch Looop Lapeta on.”